Why I Farm – Oswald Family Farm

Home / In the News / Why I Farm – Oswald Family Farm

Why I Farm – Oswald Family Farm 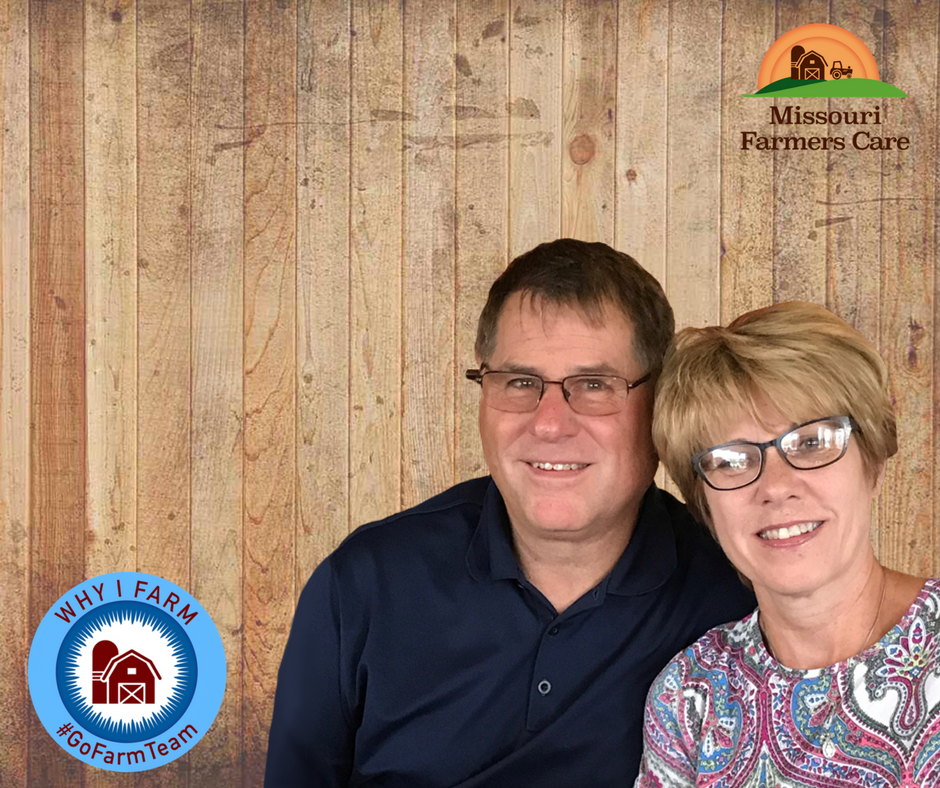 In the Oswald family, everyone gets involved with the family farming business in Fairfax, Missouri. Marion Oswald and his wife, Tonya, raised their five children, Marshall, Adam, Michael, Dru and Amber, on the farm.

Marion farms alongside his son, Michael, every day and receives help from the others when necessary. Tonya also does her part to help out on the farm.

“My main purpose on the farm is taking meals out to the field,” Tonya said. “If they are all spread out, it might be a two-hour drive to get everyone their meals and get back home.”

Marion thinks his wife has a bigger role on the farm than she realizes.

“She does more than she thinks,” he said. “She runs checks to the bank, picks up checks from the grain elevators and watches the grandkids while their parents are either helping us farm or going to work.”

Tonya added that she also takes the grandkids out to the combine for their beloved tractor rides.

The Oswalds’ family farm grows corn and soybeans on over 1,400 acres of land using strictly no till practices. The family also uses cover crops, such as rye and oats, between every planting season. Uniquely, most of the corn grown by the farm is sold to make ethanol.

Marion’s passion for farming began at a young age. He started farming right out of high school after growing up on the farm alongside his dad. This goal of being a farmer started when he was a young boy. He always knew he wanted to work outside because he liked seeing crops grow and loved harvest time.

“It was at an early age that I set my goal,” Marion said. “I guess you could say I had my target set and shot my arrow and landed right where I want to be.”

Marion’s joy for farming and determination for improvement has only increased with time.

“Still today I get excited about crop production,” he said. “We try not to stand still doing the same thing over and over. We try to look for new ideas and new opportunities.”

Tonya admires her husband’s passion and shares his love for family farming.

“I love that this is a family operation,” she said. “I love seeing everyone work together. I see us coming closer to God with what we do.”

The couple uses this faith and passion to take a break from the operation and serve their local community. They support the local FFA program by donating and attending the dinners the chapter hosts. Marion and Tonya also volunteer for the Meals on Wheels program in the town of Fairfax.

Marion’s passion for agriculture and service is paralleled by his passion for his faith. His family gives up all of the credit when thinking about the blessings they have received from their farm.

“We give all glory to God,” Marion said. “Even though we own it, we are just the stewards of His land.”

The Oswalds expect their family farm to carry on with this faith for generations to come. Marion is the fourth generation in his family to farm and plans to pass that on to his children, some of which have already started farming operations of their own.

“We have built our farming operation so that our kids can have a piece of it and they can do with it whatever they want to do,” Marion said.

He acknowledges that his kids will probably need to diversify their operations and be good managers in order to keep up with the corporate farms he sees evolving. However, he has faith that they will persevere and keep the family business running.

“The kids will carry on with the farm because we know they want to be involved in it,” he said. “It’s in their blood just like it is in ours. We’ve had that conversation and are positive they will continue farming.”