Why I Farm – Oliver Farms

Why I Farm – Oliver Farms 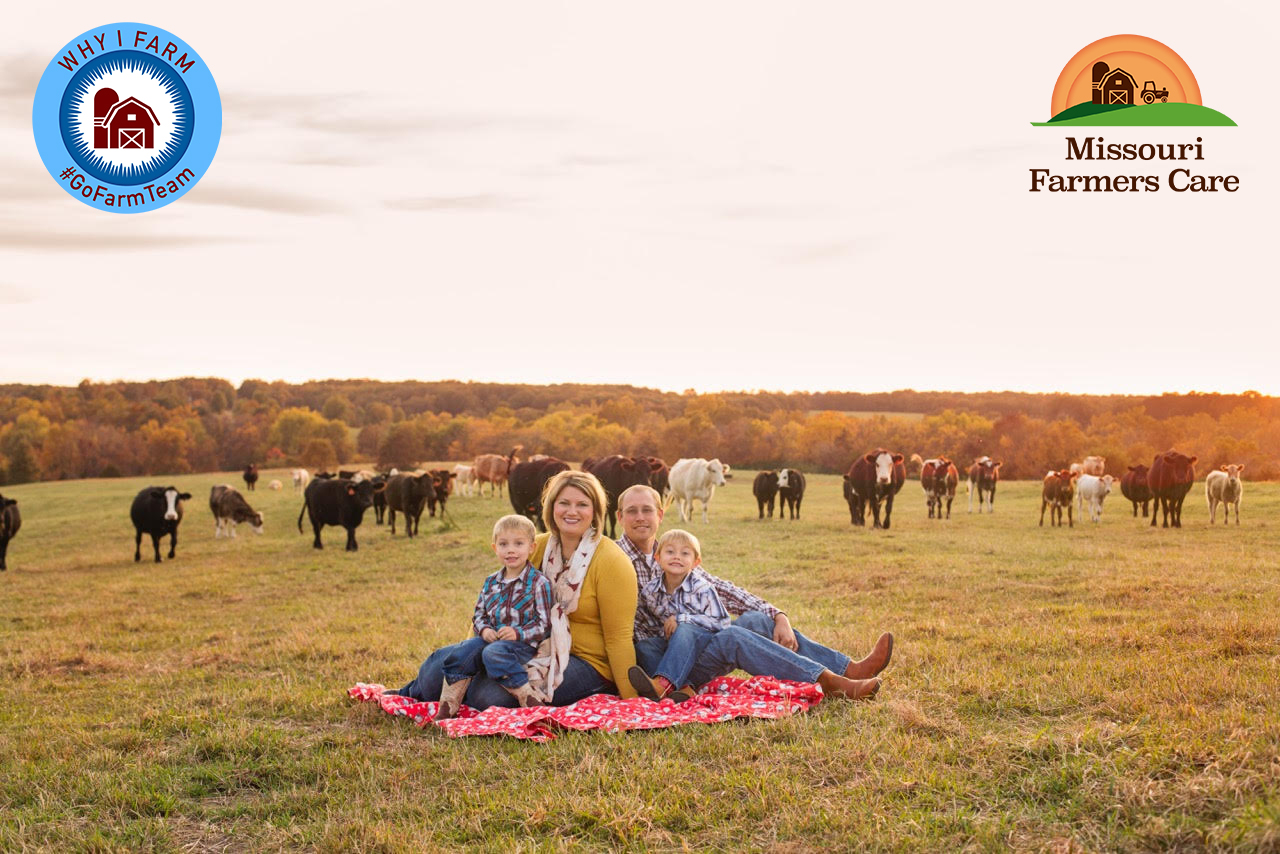 While most family farms have a long line of history and tradition, the Oliver family is breaking ground with their first generation farm, Oliver Farms. Bill Oliver started farming in high school as his Supervised Agricultural Experience for his agricultural education courses. Fifteen years ago, Laura came on board turning the farming project into a family farm that operates in Montgomery, Audrain and Callaway counties.

“Our farm is unique because we’re the only first generation farmers that are around 35 years old,” Bill said.

Laura agreed that first generation farmers are a rarity today, especially around their area.

The Olivers acknowledged that this was probably because it is extremely difficult to get started in the farming business from scratch today. Even though the land they farm has been in Bill’s family for years, being the first one to farm it has its struggles.

“It is pretty much impossible,” Laura said. “We have met our challenges, that’s for sure.”

Bill said that one of these challenges is simply obtaining enough money to keep the farm afloat.

“We love to farm,” Bill said. “I don’t even call it an occupation, it’s more of a lifestyle. But, this has got to be the most challenging occupation I have seen in my life. Just trying to acquire the cash to make this thing go every day is unbelievable. In the downturn we’ve been in since about ’15, I’ve had to put every resource I have into this thing to keep it going because the cash flows have just been so tight.”

He also added that everything made on the first generation farm is being dumped back into the farm. This constant cycle allows Oliver Farms to produce 2,000 acres of corn, soybeans and wheat in addition to a cow-calf operation comprised of 80 head of cattle.

To help keep their farming dreams alive, the Olivers own their own trucking business that hauls grain and feed for local elevators. Bill said their hired crew trucks six days a week morning, noon and night. He believes they wouldn’t be able to farm without the extra income.

“If we would quit farming and just truck, we would have a condo at the lake and a really cool boat,” Bill said. “If it weren’t for the trucking business, we would be out of the farming business, I can tell you that.”

Bill has his hands full between the farming operation and the trucking company, which means all hands are on deck when it comes to helping with the farm. The Olivers hired a farm hand to help oversee the operation day to day, and Laura said she helps when and where she can.

In her free time, Laura also helps with several community programs that teach youth and other consumers about the agricultural industry, including Agriculture Education on the Move and Common Ground.

In addition to the trucking company, Bill and Laura’s passion for farming helps to keep their first generation farm alive. Bill’s passion stems from helping his godfathers on their farms in the past when he needed a job during the summers. He said that farming and this way of life have even become addictive.

“It draws you in,” he said. “I like the lure of all of that big equipment. I thought that was so cool.”

Laura added that her husband has always had a passion for working the earth and being outdoors.

“He’s kind of always had a passion for playing in the dirt,” Laura said. “Even when he was a young boy he would plant up his entire yard.”

“Yeah, we didn’t have much yard to mow when I was a kid,” Bill agreed. “I had it all growing something.”

Laura believes that raising her two sons, Lukas and Matthew, with this same passion is an important part of why they farm.

“We basically farm because we’ve been given a task of being stewards of the land, and, for us, it’s a great way to raise our kids with them being around livestock and just knowing the way of the land,” Laura said.

Although they are only 7 and 5 years old, the Oliver boys have gotten a head start in the family business by incorporating their own projects into the farm.

“Our kids kind of have their own little projects out here,” Laura said. “they have some pigs of their own that they are starting to raise. They have 10 acres that is their own little farm. They rent it and help put it in.”

This beginning stage of their involvement on the farm is a good precursor to the dreams their parents have for the family operation.

“In the future, we’d like to see both the boys farm,” Bill said.

Laura agreed and said the plan is to remain sustainable as they continue the operation. They would also like the farm to grow for future generations.

“We have to keep growing so they can all come on board,” Bill said.