Why I Farm – Oakhill Ranch

Home / In the News / Why I Farm – Oakhill Ranch

Why I Farm – Oakhill Ranch 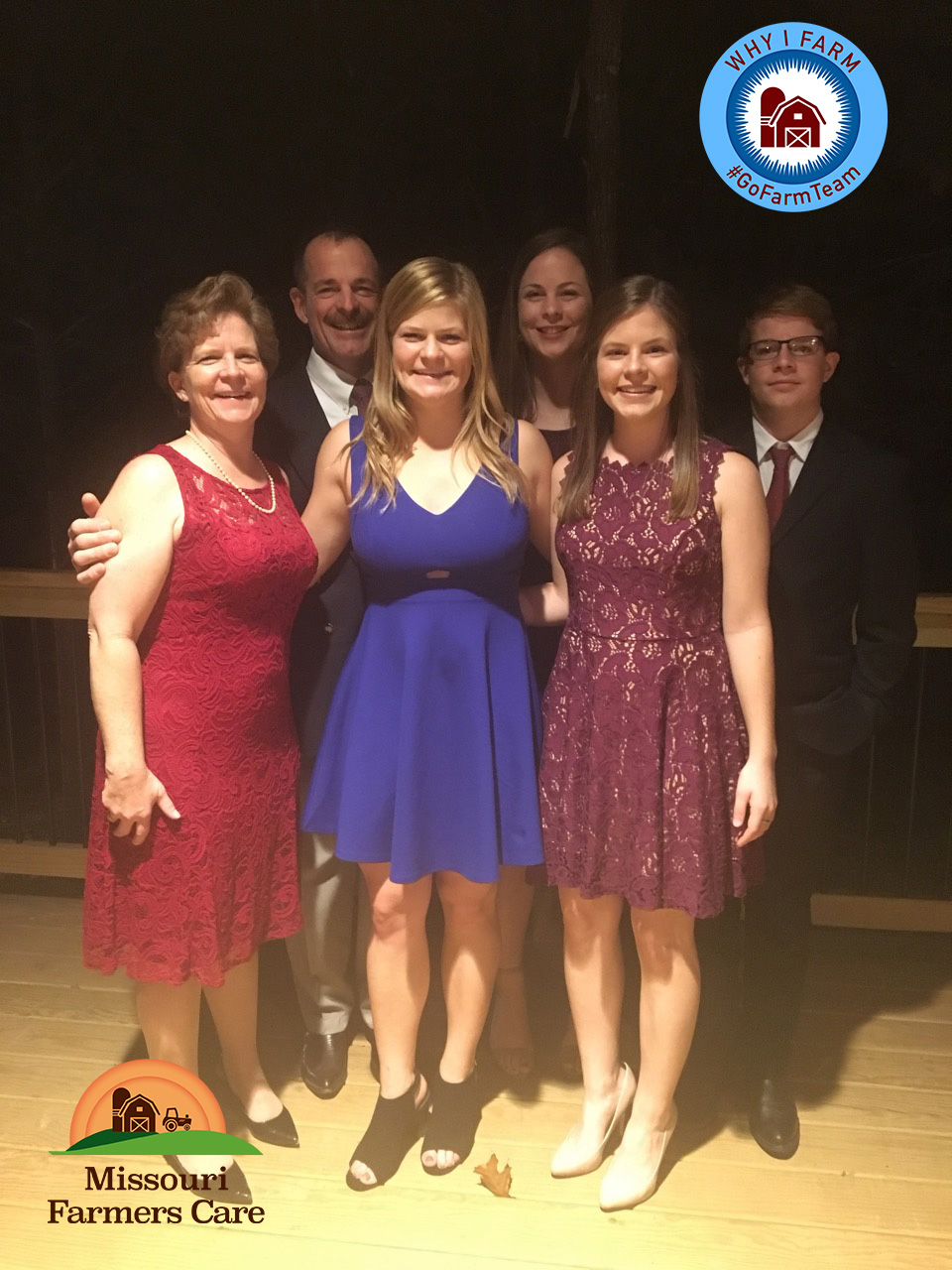 The idea of living a rural lifestyle has called the past two generations of Mantels to operate the family farm in southern Missouri. Rob Mantel’s parents moved the family from Chicago to Mountain View and built the family cattle operation, Oakhill Ranch, from the ground up in 1969.

“We started from scratch,” Rob said. “We moved here from Chicago and had next to nothing and built it up to the farm we have now.”

After growing up on the family farm, Rob headed to the University of Missouri and pursued a career in engineering. After experiencing life in the city, Rob was once again pulled to the family operation to become the second generation to farm in his family.

“I grew up here and didn’t know anything better,” Rob said. “I enjoyed the country life growing up. I went to college at Mizzou, got an engineering degree, worked in the big cities and realized there are a lot of good attributes about living out here in the country versus living in the city.”

While Rob works on the farm every day, his wife, Shelly, works as an Occupational Therapist at Full Potential Therapy Services. She said this has helped support them as they got their start on the farm.

“We have a little sign in our kitchen that says, ‘Behind Every Successful Farmer is a Wife Who Works in Town’,” Shelly said. “That’s been kind of true to form for us, especially in those early years.”

The Mantels have worked hard both on and off the farm to grow their operation. What started as 280 acres and a rundown house has now become an operation with 200 head of cows, calves, yearlings and bulls on 950 acres. This growth has only been possible through a strong passion for the farming industry.

“I like to try to add to society,” Rob said. “By making food in the form of beef cattle, I am helping society out versus kind of being a parasite on society and just tagging along without helping out. That’s one good reason I have a passion for agriculture. Being my own boss is kind of nice too.”

Shelly agreed that her husband likes to be his own boss and do his own thing.

“His background in engineering and his analytical thinking make him farm differently than just the typical ways on the farm,” Shelly said. “My husband likes being able to do his own thing to create a product without someone telling him what to do. Our desire is to create a quality product and sell it at a reasonable price. We use good morals and a strong product and have raised our kids to use that same work ethic.”

Rob and Shelly are proud to be raising their four children, Jessica, Jaclyn, Amanda and Robbie, on the family farm. Their kids have even had the chance to get involved through their agricultural education Supervised Agricultural Experiences. The Mantel children have introduced a honeybee operation, a blueberry and raspberry patch, and a chicken business to Oakhill Ranch. This freedom to diversify has allowed each of them to add their own interests to the farm.

“So far, three of the four kids are in FFA, so that kind of teaches them the book side of things,” Rob said. “They each also had their own SAE projects. The oldest had bees, the second one had fruit and the third one has chickens. The fourth one is just going to start next year as a freshman.”

Having their own operations within the farm allows the Mantel children to take ownership of individual projects and experience the benefits of working hard.

“Having a family farm is a wonderful opportunity to raise a family of hard working kids who get life,” Shelly said. “They have worked really hard to help us have what we have, and they take pride in what we have and what we’ve done. I think that ownership is super important so that the whole family buys in to what you’re doing so it’s an act of enjoyment, not just labor and trying to make a living.”

In addition to their kids’ involvement, one of Rob and Shelly’s favorite parts about their family farm is the opportunity it presents to give back to the agricultural community.

“I sell freezer beef, talk to youngsters in the community and temporarily employ them to try to promote the quality of life down here from the knowledge and experience that I have,” Rob said. “I’m also going to have a boy job shadow me coming up here in May.”

Shelly said that advocating for agriculture starts with the reputation of their products in the community.

“We promote agriculture in the community by having a strong reputation in the product we produce,” Shelly said. “People know that when they come to us they’re going to get a good product. We’re also involved with our local FFA chapter, 4-H and we get involved by just advocating and providing education through conversations about what agriculture is.”

Rob has taken extra steps to build the farm’s reputation in the community by ensuring the quality of the beef Oakhill Ranch produces. He is an active participant of the South Ozarks Premiere Beef Marketers, a collaboration of beef producers that works to ensure the quality and advanced marketing of their animals.

The Mantels plan to continue marketing high quality beef, advocating for agriculture and staying involved in the community. However, this isn’t the only plan they have for the future of their family farm.

“In the future, I would like to continue raising cattle,” Rob said. “I don’t want to do it the rest of my life, I want to be able to go travel. If one of the kids wanted to take it over, that would be a nice, prime set up. I had the opportunity from my folks to be able to engage in agriculture pretty easily without having to start from scratch, so if the kids wanted to continue that would be wonderful.”

Shelly agreed that, ideally, the kids would continue the family business.

“We hope that maybe one of our four children will want to continue at least in some aspect of agriculture,” Shelly said. “Ideally, we would love to pass on our hard work, our land and everything we have to one of them. If not, we will hopefully find some young farmer who wants a fresh start.”