Why I Farm – McCrate Farm in Portageville, MO

Home / In the News / Why I Farm – McCrate Farm in Portageville, MO

Why I Farm – McCrate Farm in Portageville, MO

Matt McCrate was destined to be in soybeans.

In fact, when he was a young boy, McCrate literally was in soybeans, riding down Main Street during the annual National Soybean Festival in his hometown of Portageville, Mo.

“I was probably in first or second grade, and they put me in a little chair on top of the first wagonload of beans that were brought in for the season to my dad’s grain elevator,” McCrate recalls. “I thought I was big stuff. So, see? I was meant to be in the soybean association. I just didn’t realize it at that tender age.”

Elected to his second term as Missouri Soybean Association president in January, McCrate brings a multifaceted perspective to the board — as a soybean farmer, plant breeder and seed salesman. His life’s work has been devoted to agriculture, starting with childhood chores on his family farm and grain business. 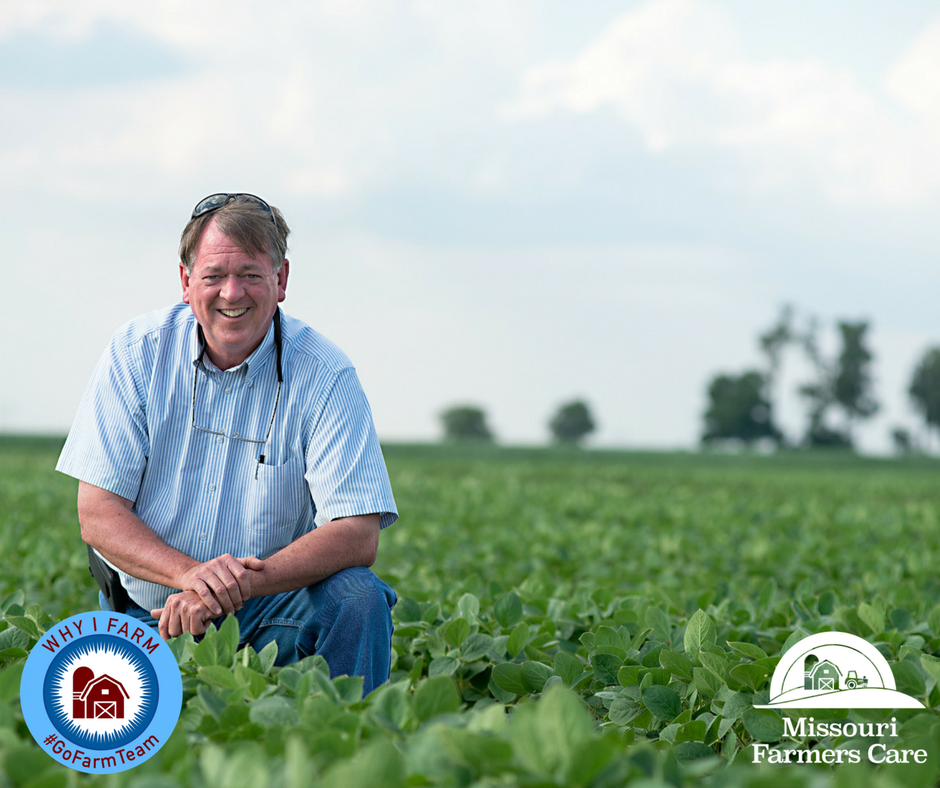 “My grandfather was from Ohio, and there wasn’t enough farm ground up there that he could afford, so he jumped a train and ended up in Portageville,” McCrate says. “He bought a local business, Portageville Milling Co. They made corn meal and feed and sold coal and seed. I worked there as a kid, and it was a good experience. It taught me a good work ethic.”

As soon as he was legally old enough to hold a part-time job, he took that work ethic to the University of Missouri Delta Research Center.

“I ended up in the soybean-breeding department, working for Dr. Grover Shannon my junior and senior years of high school and until I got out of college,” says McCrate, who earned a business degree from Southeast Missouri State University. “Every summer I was out there. Every spring break I was out there, making enough money to get through college.”

With four older brothers to run the family farm, McCrate focused his career on the breeding and marketing side of the agricultural industry. His first full-time job after college was as an assistant soybean plant breeder for AgriPro, now owned by Syngenta. Even though he had no academic background in plant breeding, McCrate says his work at the Delta Center under Shannon helped him land the position.

“I knew how to get a crew of teenagers out in the middle of a field and cross-pollinating soybeans,” McCrate says. “I did that for three years, traveling from Louisiana to the Bootheel. From there I went into seed sales for another company, Coker Pedigreed Seed Co., out of South Carolina. It was basically a privately funded land-grant university. A lot of the varieties to this day came out of those breeding programs.”

After five years with Coker, McCrate moved on to Hart Seed in Stuttgart, Ark., where he also got involved with soybean associations for the first time. Hart was eventually bought by Monsanto, and McCrate says he was on the forefront of the biotech industry by helping to sell some of the first Roundup Ready soybeans in Arkansas.

“That was a huge experience,” adds McCrate, who now works as a seed representative for Stratton Seed Co., and lives in Cape Girardeau with his wife, Alice. “You get these cataclysmic shifts in agriculture, and Roundup Ready crops is one of the biggest. It created huge opportunities. It’s just like now with resistant weeds. Everybody’s wanting to look at new technology, and we’re seeing another shift in the industry.”

No matter the technology, “it all starts with the seed,” McCrate says. That’s why he staunchly supports the research sponsored by the Missouri Soybean Merchandising Council. He’s particularly proud of the soon-to-be-released, conventional high-oleic soybean that he believes will be a game-changer for Missouri farmers.

“There is value in having soybean breeders,” McCrate says. “Many farmers don’t realize that a lot of the seed genetics they’re getting, whether from a private company or public university, was developed here with their checkoff dollars. The association’s job is to figure out a way to make Missouri soybean farmers more profitable. This non-GMO, high-oleic bean will allow us to gain back market share. That’s the thing I’m going to be most proud of from my time on the board.”

Acknowledging the current economic challenges farmers are facing, McCrate says he feels it’s more important than ever to have a voice in the industry. His 10 years on the MSA board is coming to an end in 2017, and he encourages others to step up and participate in leading Missouri’s soybean industry into the future.

Find out more at MOSoy.org!