Home / In the News / Why I Farm – Hunter Farm, Missouri Bootheel 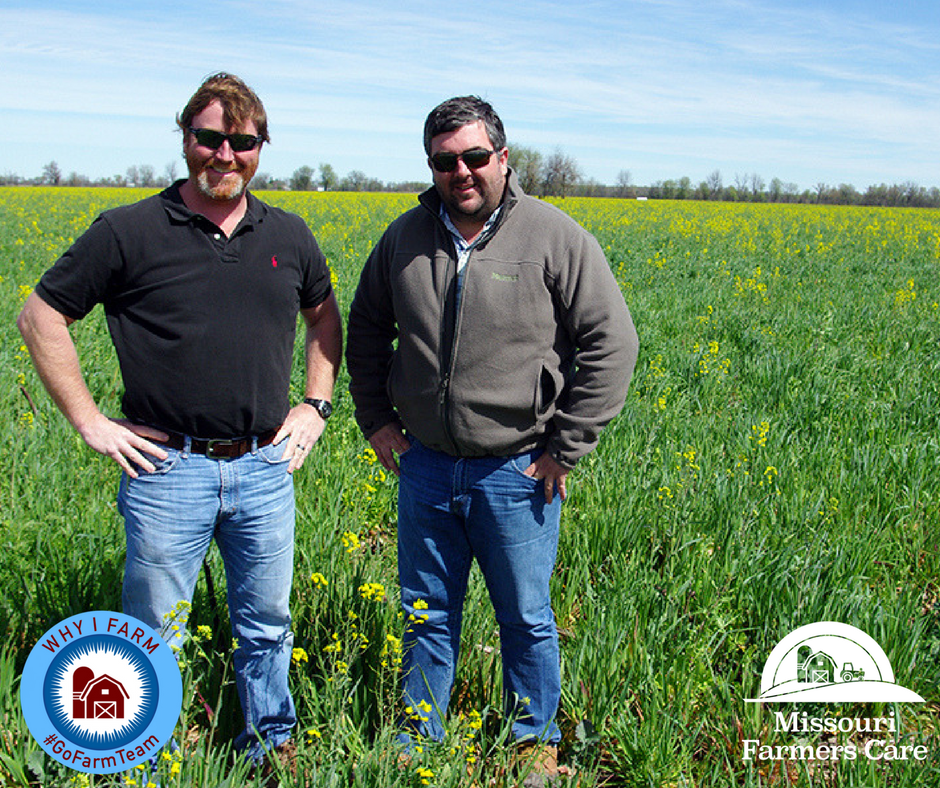 Johnny Hunter focuses on stewardship as he expands, diversifies his family’s Bootheel farm.

That was in 1992, the year his father, John, died unexpectedly at 52, leaving his wife, Patricia, to figure out what to do with the family’s southeast Missouri farming operation near Dexter. She sat her young son down and asked if he was interested in farming someday. Without hesitation, his answer was, “Yes.”

“I knew at 10 years old that I had to pick up where Dad left off,” says Hunter, now 34. “Mom told me she’d try to hang on to as much ground as possible if I wanted to farm. She sold some land to service our debt but kept our main headquarters, about 1,700 acres. She’s a very special woman to do that for me.”

After attending college and working for other farmers along the way, Hunter returned to the family farm in 2006. The third-generation Missouri Bootheel producer is now growing soybeans, corn, popcorn, rice and cotton and raising black Angus cattle on more than 6,000 acres, expanding the operation exponentially last year through a partnership and buyout agreement with a local farmer.

“We’re very conscientious of what we’re doing to our ground,” Hunter says. “We believe tillage, while sometimes necessary, can be detrimental to the health and productivity of our soil. We also feel the use of cover crops is economically justifiable in terms of controlling erosion, nutrient loss and weed pressure. Plus, it helps with water infiltration. Having residue on the soil surface year round helps capture the God-given rain we get rather than using expensive irrigation.”

Such efforts helped Hunter earn the 2016 Missouri Agriculture Environmental Steward Award, given to a producer who is an “example of environmental stewardship while also improving production and profitability.”

“That award was really for my father and grandfather and mother,” Hunter says. “Without their hard work and vision of what they wanted to achieve, none of this matters.”

Hunter admits that using cover crops and no-till methods are still outside the norm in his region, but he is adamant that these practices are critical to the future of his operation, which he hopes to pass down to his and wife Jessica’s children, 3-year-old Emerson Marie and 9-month-old John Howard Hunter III.

“At the end of the day, you have to do what’s best for your farm,” Hunter says. “For me, it’s profitability through conservation. They walk hand-in-hand. For my farm to be as profitable as as it can be, it needs to be as efficient as it can be. As soil health increases, my cost of production goes down. To me, it’s a no-brainer.”

Despite the demands of his highly diversified operation, Hunter finds time for agricultural advocacy and education through organizations such the Missouri Soybean Association. The MSA board member says he’s proud to share his perspective as a young producer in an aging industry while learning from those who paved the way before him.

“Involvement is a two-sided coin,” he says. “It’s important to have a voice in the industry, and it also makes me a better farmer and businessman. Being a young person in agriculture, I feel like we’ve got the world by the tail because the opportunities over the next 20 years are unlike anything we’ve seen.”