Why I Farm – Enowski Farm in Miller County, Missouri

Home / In the News / Why I Farm – Enowski Farm in Miller County, Missouri

Why I Farm – Enowski Farm in Miller County, Missouri 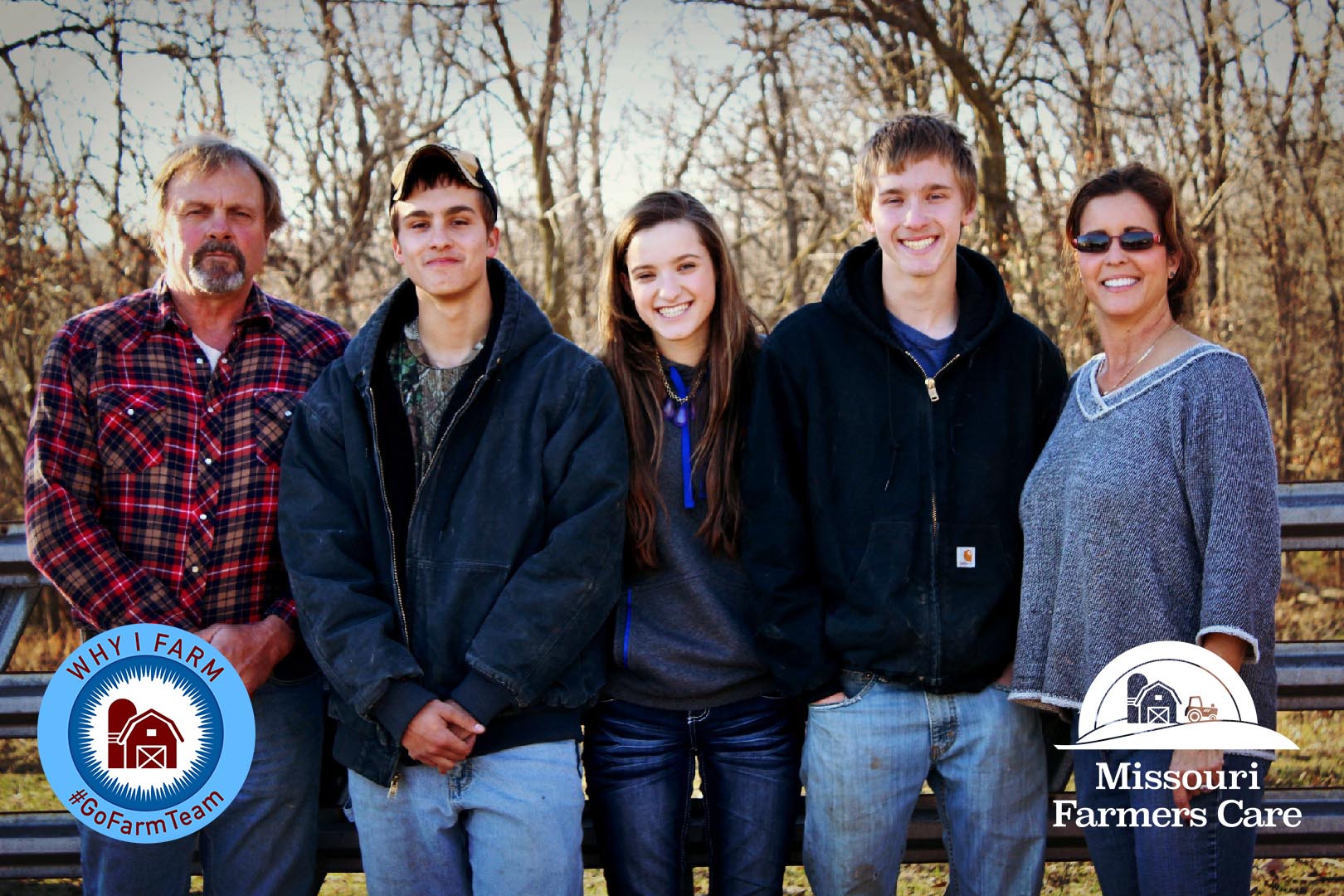 The Enowski family farm began with Bob’s parents, the late Albert and Venita (Bond) Enowski, when they moved to central Missouri from Michigan with very little money and started a dairy farm.

“They spent $1,600 to build the house we live in,” said Lisa Enowski, Bob’s wife and business partner.

Today the Enowski’s third-generation farm has expanded and is operated by the couple and their three children who are triplets, Hunter, Harley and Holly Enowski. No longer a dairy operation, the family owns Olean Fertilizer Company and operates a row crop and cow-calf farm. Bob currently plants 90 acres of soybeans.

Growing up on a farm inspired Bob to continue with the profession and legacy established by his parents.

Bob is his own boss and enjoys making the decisions about the operation; however, he emphasized that running a farm is not a “one man show.”

“I’m the bookkeeper, the babysitter, the washer, the animal caretaker, the scheduler…I do anything he needs help with,” Lisa laughs.

The hope is that one of the triplets, Hunter, Harley or Holly, will develop an interest in production agriculture and deepen their involvement on the farm in future years. Harley started his own sheep herd in spring of 2016 and often assists with the cow/calf operation during fertilizer season.

Lisa had an upbringing atypical to many who live in rural communities on farms and was raised near Los Angeles, California, and was accustomed to the hustle and bustle of big city life as a Sony model.

“This might be silly, but I didn’t know where beef came from,” Lisa said. “When you live like that, you go to the store and pick it up and that’s that.”

She appreciates living on a farm to see how food is produced, where it comes from, how to take care of plants and animals and the imperative role mother nature plays in all that we do in our food system.

“You know what you’ve gotta get done each day,” Lisa said. “It’s a lot of work but farming is self-gratifying.”