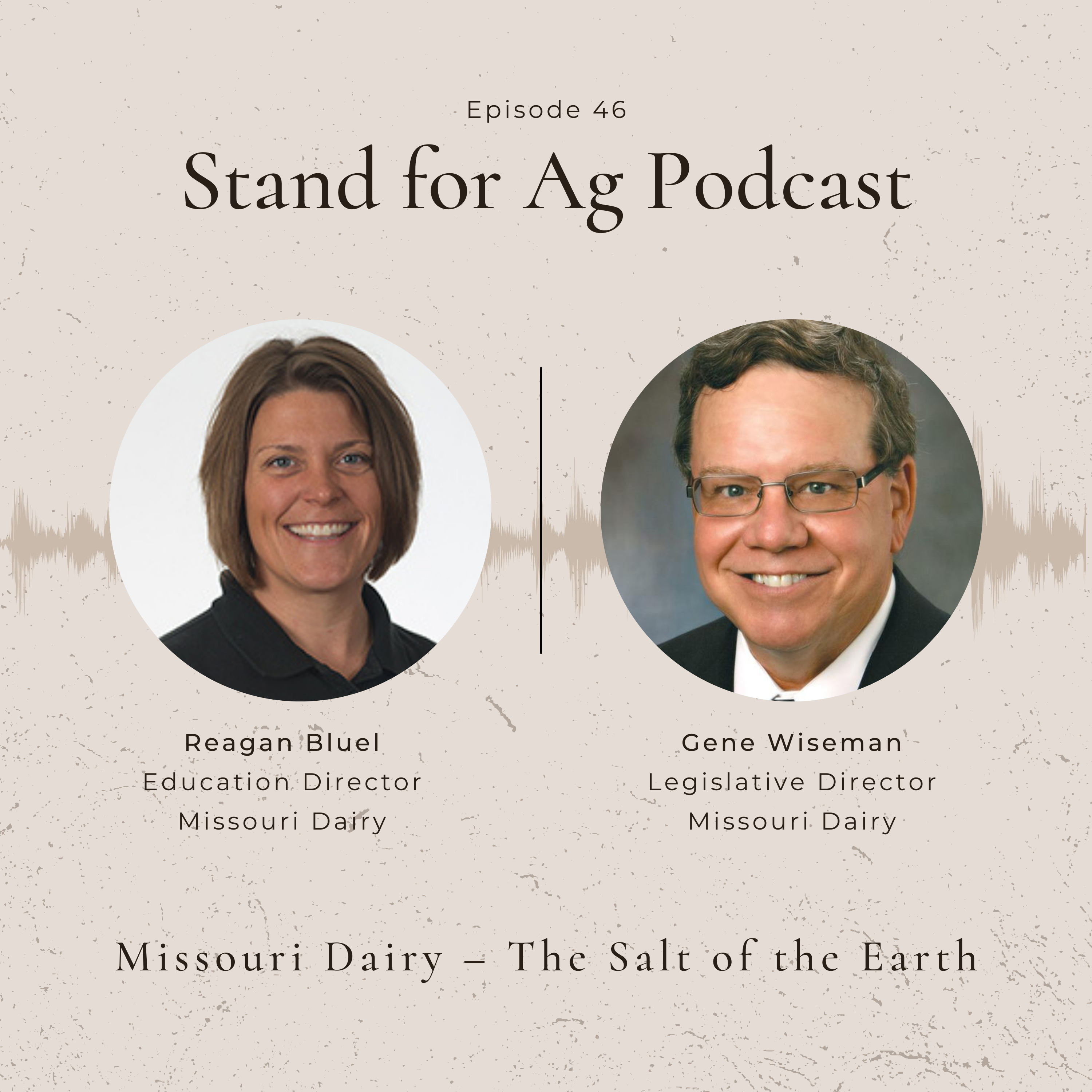 Learn more about Missouri Dairy the single voice for the
Missouri dairy industry at https://www.modairy.org/.

Reagan Bluel earned a Bachelor of Science degree in animal science and Master’s degree in ruminant nutrition from the University of Missouri – Columbia. As field specialist in dairy for MU Extension, she served dairy producers statewide. Bluel currently serves as the education director for newly formed Missouri Dairy. Reagan and her husband, Neal, reside with their two daughters, Ada and Lily, on a small farm occupied by their 4-H dairy herd in Monett, Missouri.

Gene Wiseman has a bachelor of science from the University of Missouri - Columbia and MBA from William Woods University. His career at Missouri Department of Agriculture and the State Milk Board included dairy marketing and milk regulatory for a combined 23 years prior to joining Missouri Dairy as legislative director. Gene lives in Jefferson City with his wife Linda and dog Cooper. They have four children and three grandchildren.