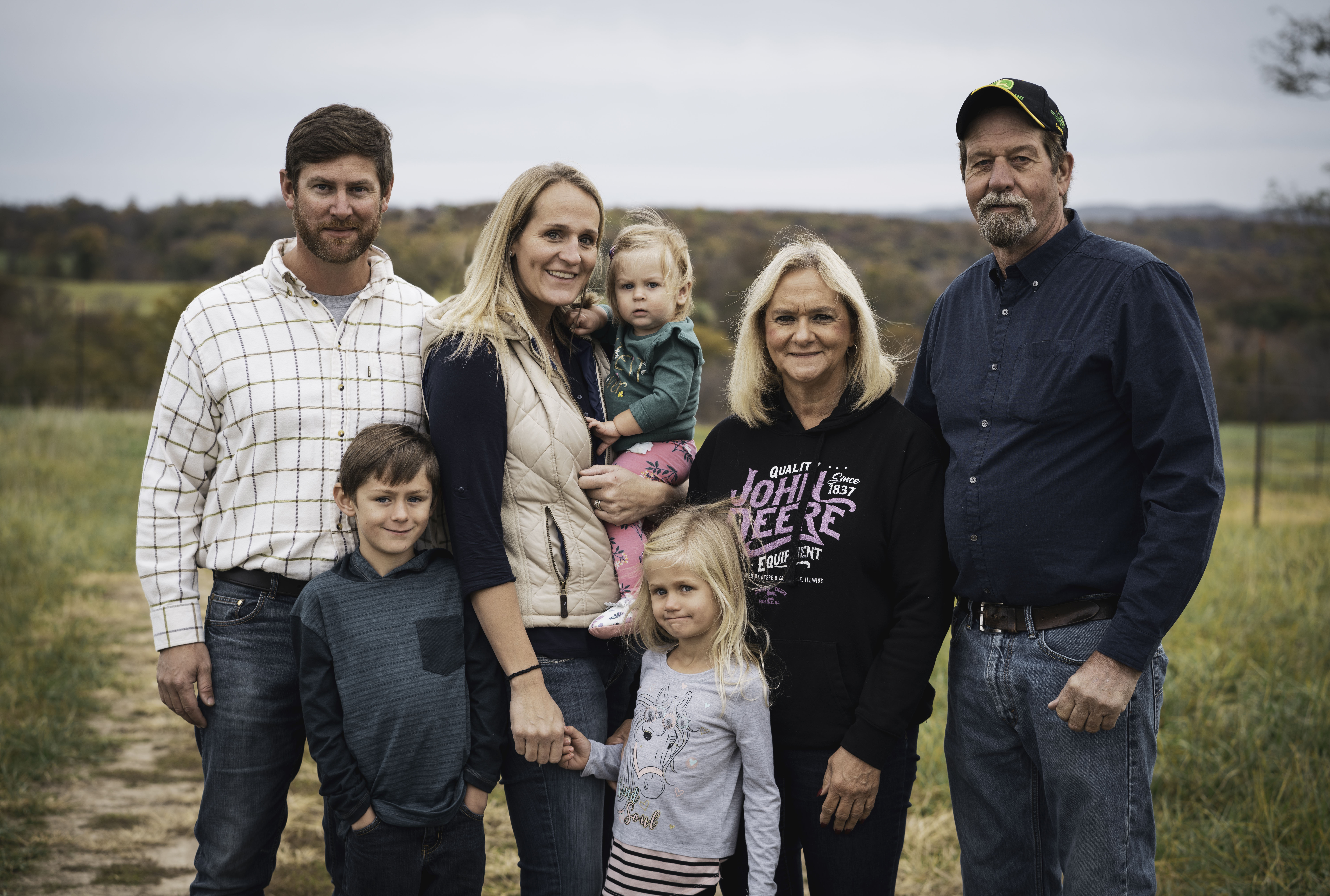 JEFFERSON CITY, MO – Scherder Farms of Frankford has been selected as the recipient of the 2018 Missouri Leopold Conservation Award®. The prestigious award honors Missouri farmers’ achievement in voluntary stewardship and natural resources management.

“We are honored at Scherder Farms to be nominated and to receive this very prestigious Leopold Conservation Award,” said John Scherder. “However, the soil conservation practices we have implemented on our farms were not done for money or recognition, but rather to conserve and improve the land we have been using for the past 40 years and to leave it better than we found it. Our hope is that it can be sustainably used by future generations with the practices put in place by this generation.”

“We congratulate the Scherder family on receiving this distinguished award in recognition of their exemplary stewardship efforts,” notes MFC Chairman Gary Marshall. “John and Sandy are firmly committed to preserving and improving the land and water for future generations. Missouri Farmers Care is proud to showcase their achievements and continue working alongside our partners to promote the innovative conservation practices being implemented by today’s farmers.”

The Leopold Conservation Award recognizes and celebrates extraordinary achievement in voluntary conservation by private landowners. The Sand County Foundation created the award in honor of renowned conservationist Aldo Leopold to inspire American landowners by recognizing exceptional farmers, ranchers and foresters. The award is given in 14 states.

In Missouri, the award is presented annually by Sand County Foundation, Missouri Farmers Care (MFC), the Missouri Soybean Merchandising Council and the USDA’s Natural Resources Conservation Service (NRCS). John and Sandy Scherder were honored with the $10,000 award and commemorative crystal statue at the Missouri Governor’s Conference on Agriculture.

“There is no better example of how to utilize natural resources to make a living and also improve them for future use,” said J.R. Flores, NRCS State Conservationist. “The Scherders’ conservation ethic is exemplary. They offer proof that we can live in harmony with the land.”

In addition to the on-farm improvements, the Scherders helped develop the Peno Creek Cooperative Partnership. The goal of this farmer-led watershed initiative is to inform other farmers and landowners on the importance of cover crops, rotational grazing systems and agricultural conservation practices. As a result, 42 landowners planted more than 2,000 additional acres of cover crops. John and Sandy also represented Missouri in the five-state Watershed Leaders Network developed by the Fishers and Farmers Partnership in 2016.

“John shows his commitment to the land on his farm and his passion for innovation in his service to his fellow farmers,” said Robert Alpers, a farmer from Prairie Home and chairman of the Missouri Soybean Merchandising Council. “It is outstanding to see his hard work and positive examples recognized as a Leopold Award recipient.”

Among the many outstanding Missouri landowners nominated for the 2018 award were finalists: Brinker Farms of Auxvasse, and Haubein Farms of Lockwood. Uptown Farms of Laclede received the first Leopold Conservation Award presented in Missouri in 2017.

For more information on the award, visit www.leopoldconservationaward.org. 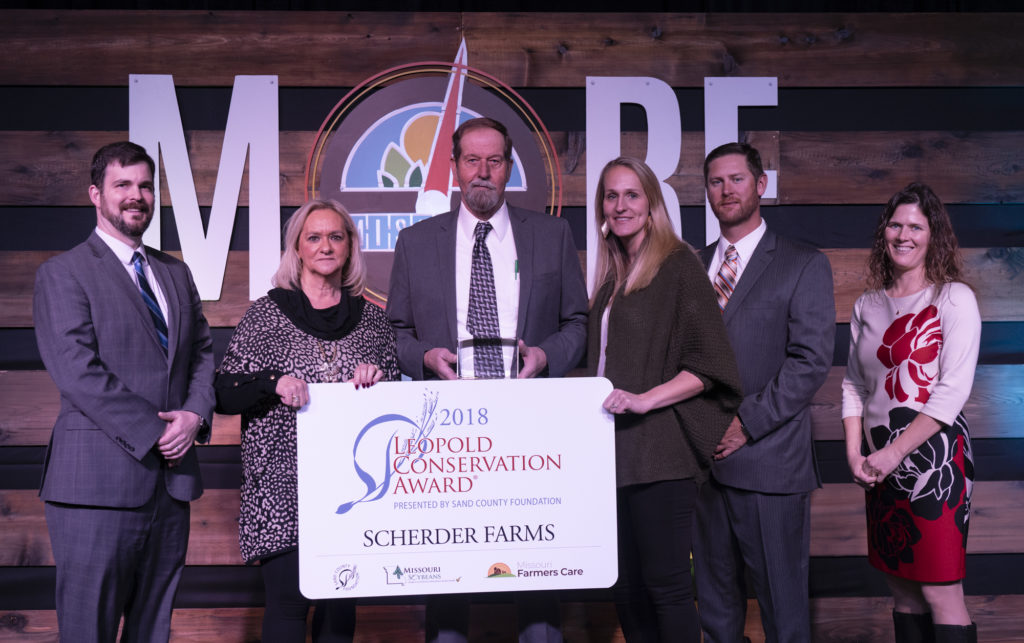 MISSOURI FARMERS CARE
Missouri Farmers Care is a joint effort by Missouri’s agriculture community to stand together for the men and women who provide the food and jobs on which our communities depend. The coalition of over 45 leading Missouri agricultural groups promotes the growth of Missouri agriculture and rural communities through coordinated communication, education and advocacy. www.MOFarmersCare.com.