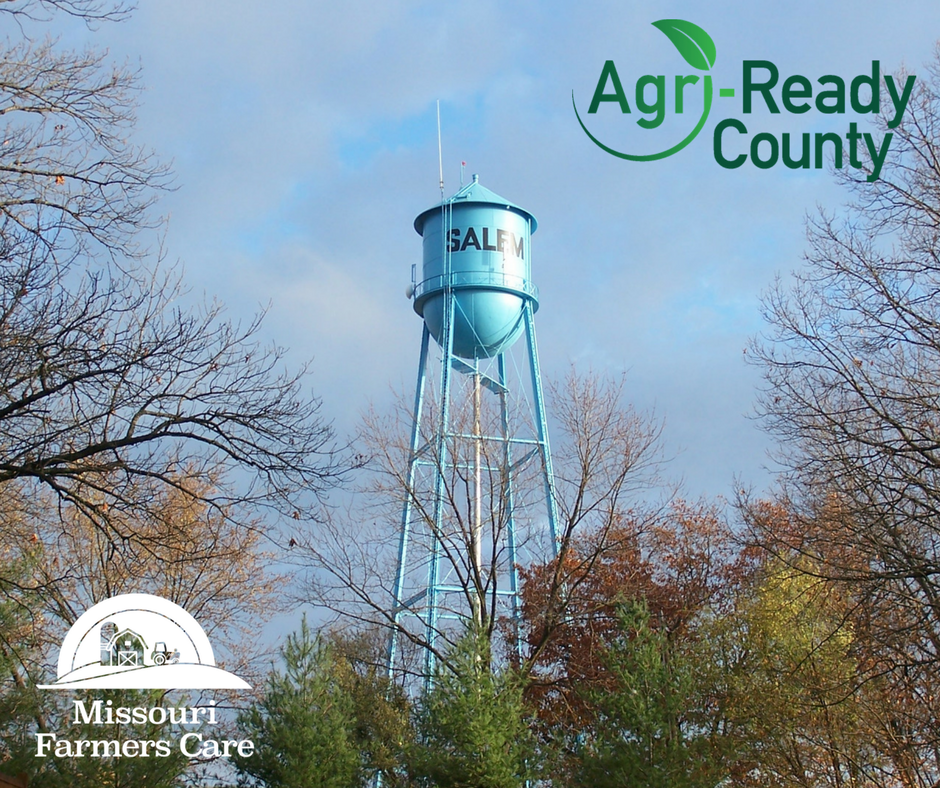 “Agriculture has figured prominently in the history of Dent county since its settlement in the early 1800’s. And today, nearly 200 years later, agriculture continues to play a prominent role in the economy of our beautiful Ozarks county,” said Dent County Presiding Commissioner Darrell Skiles. “The Dent County Commission is proud for Dent County to achieve the Agri-Ready designation, and look forward to many more decades of prosperous Dent County agriculture.”

In 2016, Dent County’s 673 farm and ranch families sold over $512.5 million in agricultural products. Agriculture, forestry and other related industries provided 1,683 local jobs, according to the recently released Missouri Department of Agriculture (MDA) Economic Contributions of Agriculture and Forestry Study. The county’s agricultural strength and the top three contributors to the county’s economy are anchored in the value of organic chemical manufacturing, millwork, and beef cattle operations.

“Dent County’s Agri-Ready Designation recognizes the county’s commitment to farmers and ranchers,” said MFC Executive Director Ashley McCarty. “Agriculture is the work horse of this county’s, and our state’s, economy. With the hard work of farmers and ranchers, ag production and processing creates jobs and an rural economy which add value to the quality of life in Dent County. We are excited to begin this partnership with county leaders to highlight and build on the county’s agricultural strengths, educational resources and economic opportunities.”

Through the Agri-Ready program, MFC will partner with county leaders to advance local agricultural enterprise, promote the county as a conducive location for business expansion and enhance workforce readiness for agricultural careers. MFC will recruit local 4-H and FFA leaders to implement Agriculture Education on the Move™ in third grade classrooms. These student leaders will present agricultural careers and crop and livestock production through engaging, hands-on activities and lessons while developing their speaking and leadership skills. In addition, the collaboration encourages participation in the Missouri Department of Agriculture’s voluntary Agricultural Stewardship Assurance Program, recognizing stewardship at the farm level.

Missouri agriculture provided 378,232 jobs and added $88.4 billion in net value to the state’s economy in 2016, according to the MDA, making agriculture the largest sector of the economy. MFC’s Agri-Ready County Designation, launched in December 2015 as a voluntary connection between Missouri counties and MFC, recognizes and builds on the impact of family farmers and agri-businesses as key contributors to our economy and the quality of life in our communities.

For more information, visit us at www.mofarmerscare.com and view the 2016 Economic Contributions of Agriculture and Forestry in Dent County presented by the Missouri Department of Agriculture, Missouri Farm Bureau and Missouri Agricultural and Small Business Development Authority.