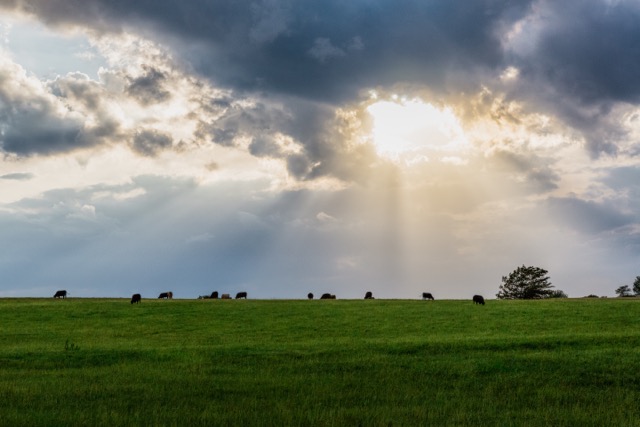 NEW LEOPOLD CONSERVATION AWARD® PROGRAM SEEKS MISSOURI NOMINEES
(JEFFERSON CITY, MO) – Sand County Foundation, in partnership with Missouri Farmers Care (MFC) and the Missouri Soybean Merchandising Council, proudly announces the launch of the Leopold Conservation Award® Program in Missouri, and is now accepting applications for the award. The $10,000 award will honor, for the first-time, Missouri farmers, ranchers and other private landowners who voluntarily demonstrate outstanding stewardship and management of natural resources.
“Missouri has a rich agricultural heritage and an enviable array of natural resources,” said Sand County Foundation President, Kevin McAleese. “We are eager to celebrate the land stewards who have worked hard to protect and improve the environment.”
“Missouri Farmers Care is pleased to partner with Sand County Foundation in launching the Leopold Conservation Award Program in Missouri,” said Alan Wessler, Chairman of the Board of Missouri Farmers Care. “This action fits MFC’s role in educating and advocating for agriculture’s hard working farm and ranch families and their history of responsible stewardship of the land and resources from which they derive their living. Those same families strive to ensure that the land and its wildlife environment are well taken care of, for passing along to future generations.”
“In agriculture, our greatest resource is the land, and as farmers it is our duty to be good stewards of that land for future generations,” said John Kelley, chairman of the Missouri Soybean Merchandising Council. “Sustainability is a top priority for the Missouri Soybean Merchandising Council and key to our mission of supporting a bright future for soybean farmers.”
Given in honor of renowned conservationist Aldo Leopold, the Leopold Conservation Award inspires other landowners and provides a visible forum where farmers, ranchers and other private landowners are recognized as conservation leaders. In his influential 1949 book, “A Sand County Almanac,” Leopold called for an ethical relationship between people and the land they own and manage, which he called “an evolutionary possibility and an ecological necessity.”
The inaugural award will be presented at the 2017 Governor’s Conference on Agriculture in December.
Applications for the award must be postmarked by July 1, 2017 and mailed to Missouri Farmers Care, c/o Ashley McCarty, 19171 State Hwy 11, Kirksville, MO 63501.
The Leopold Conservation Award Program in Missouri is made possible thanks to the generous support of Missouri Farmers Care, Missouri Soybean Association, Missouri Soybean Merchandising Council, Missouri Cattlemen’s Association, Missouri Corn Merchandising Council, Missouri Department of Conservation, MFA, Inc. and the Missouri Association of Soil and Water Conservation Districts.
For application information, please visit  SandCountyFoundation.org.