Home / In the News / MISSOURI SELECTED AS PLANNED LOCATION FOR NEW BEEF PROCESSING FACILITY RESULTING IN MORE THAN 1,300 NEW JOBS AND $1 BILLION IN ECONOMIC IMPACT 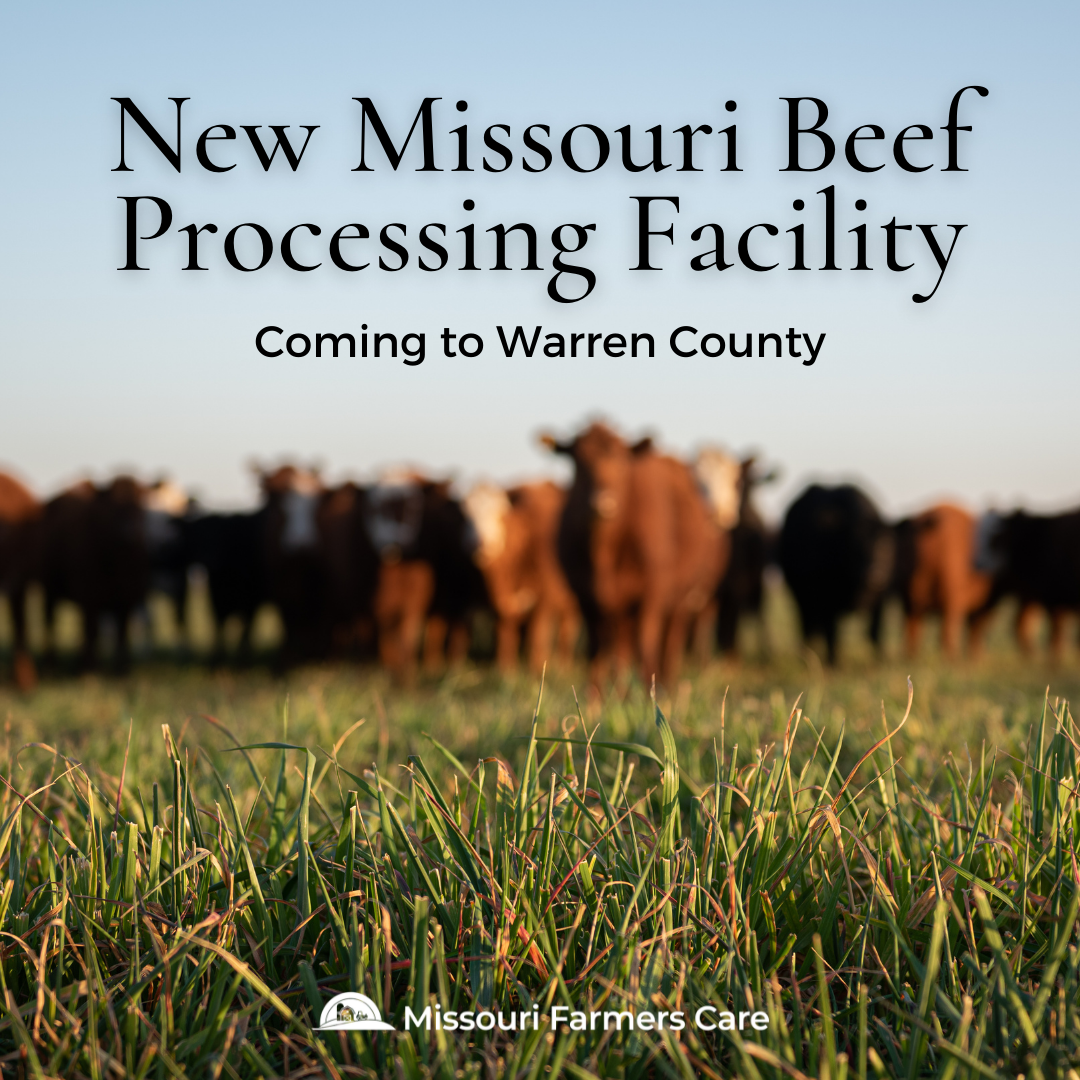 JEFFERSON CITY – Warren County has been selected by American Foods Group (AFG) as the planned location for a new state-of-the-art beef processing facility, pending final approval. Once established, the facility would create more than 1,300 new jobs and generate $1 billion in economic impact in the state of Missouri.

“Missouri is able to compete for projects of this magnitude because of our strong agriculture community and business-friendly economy,” said Governor Mike Parson. “As a third-generation farmer and cattleman myself, I know how beneficial having a company like American Foods Group in Warren County will be for Missouri’s farmers and consumers. We are excited that Missouri is the planned location and remain committed to supporting the company as this project continues to develop in our state.”

AFG would potentially invest $450 million in the Warren County region, generating increased tax revenues for Missouri schools and other tax-supported services in the region. With an expected annual payroll of more than $80 million, at a wage above the Warren County average, this project would support quality livelihoods and boost consumer spending at Missouri businesses.

The Greater Warren County Economic Development Council (GWCEDC), Missouri Partnership, Greater St. Louis, Inc., and Warren County began working with AFG in Spring 2021 as the company evaluated locations in multiple states. Warren County and the state of Missouri will consider potential partnership strategies that will help facilitate AFG’s investment in Missouri. That process is expected to be complete in Spring 2022.

“We are looking forward to welcoming American Foods Group to Missouri,” said Missouri Department of Agriculture Director Chris Chinn. “We appreciate their commitment to agriculture and their interest in Warren County. This project would offer an important additional market for our producers and add value to Missouri farms and ranches. All sectors of agriculture will benefit from this important addition to our state.”

“We have been impressed by Warren County and the potential opportunity to become a part of that community,” said AFG Executive Vice President Jim Rathke. “The process will take some time, but we feel very good about what we have seen in Warren County, Missouri.”

“This is an extremely exciting and impactful project for Warren County and the entire state,” said Subash Alias, Chief Executive Officer of Missouri Partnership. “Warren County and our partners in Missouri worked hard to compete with other states for this signature project. Missouri is known for its strengths in agtech and food solutions, and when you combine that with our central location and competitive edge, it makes our state very appealing to leading companies like American Foods Group.”

“American Foods Group is a phenomenal, family-owned, U.S.-based company that is highly respected throughout the animal industry and in the communities where they live and work,” said Warren County Presiding Commissioner Joe Gildehaus. “The company is committed to being a good neighbor. We want to thank the Greater Warren County Economic Development Council for leading this exciting project on our behalf. We will also continue working with Greater St. Louis, Inc., Missouri Partnership, and the Missouri Department of Economic Development as this project moves forward.”

“Warren County is excited about the potential for American Foods Group to expand into our area,” said GWCEDC Chairman Gregg Klinginsmith. “Economic development is a priority for our community, and it is exciting to see what we can achieve when we work collaboratively for that purpose. Attracting food production and value-added agriculture companies supports and bolsters our local farmers. Our area’s strong agricultural heritage has been a priority for GWCEDC.”

“This is a great, community-focused company that would create more than 1,300 new jobs for our region at a wage above the Warren County average,” said Steve Etcher, Business Development Director for GWCEDC. “The company would potentially invest $450 million in our region, increasing our county’s property tax revenue, which will provide significant funding for our school district and other tax-supported entities. We expect a total positive economic impact of approximately $1 billion for our region, and an annual payroll of more than $80 million to support our local businesses.”

”The beef industry is a huge part of Missouri’s economy and locating a processing facility in Warren County makes perfect sense,” said Mike Deering, Executive Vice President of the Missouri Cattlemen’s Association. “Bringing processing this close to cattle production reduces the costs and energy needed, and it is good for Missouri cattle producers and consumers.”

“The STL 2030 Jobs Plan specifically highlights the critical role the region plays in global agriculture, noting that 50% of U.S. crops and livestock are produced within 500 miles of the greater metropolitan St. Louis area. This investment in good-paying jobs in Warren County directly advances priorities outlined in the plan and further demonstrates our global agricultural leadership,” said Jason Hall, Chief Executive Officer of Greater St. Louis, Inc. “We will continue to work with partners in Warren County, Governor Parson and his team, and everyone involved to support the company and make this opportunity a success.”