Home / In the News / MISSOURI FARMERS WORK TO CURB HUNGER 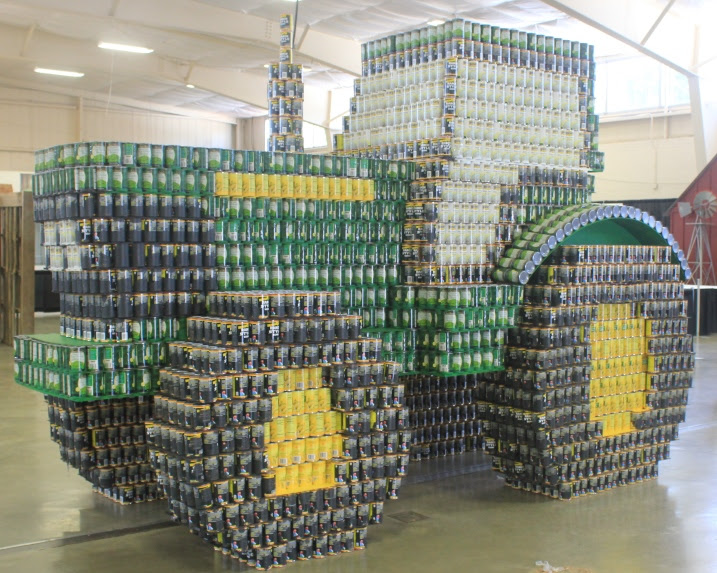 (SEDALIA, Mo.)–Missouri Farmers Care (MFC) recently wrapped up a successful summer-long food drive. The MFC alliance, comprised of the state’s agriculture groups and agribusiness industry, worked with Midwest and St. Louis Ford dealers as well as the Missouri State Fair to collect 12,151 pounds of non-perishable food items. The food was then distributed to local families in need through Feeding Missouri, a coalition of six Missouri food banks.

Food items were collected throughout the summer and concluded at the Missouri State Fair with the Missouri Farmers Food Drive Day held Aug. 18. On this day, fairgoers could donate non-perishable items for a discounted admission while helping people in the surrounding communities.

“Missouri farmers and ranchers care about Missouri families and their communities. We may not always realize the food insecurity challenges faced right here in the Midwest, where agriculture is prominent,” MFC Chairman Dr. Alan Wessler said. “We were pleased to partner with the Missouri State Fair, Ford dealers in St. Louis and Central Missouri and Bing’s Grocery of Sedalia to help those who face these challenges in our own neighborhoods and communities.”

According to Feeding America, rural regions have the strongest concentration of high need counties in Missouri. A 2014 report estimated the partnering food banks served over 1.1 million people statewide on an annual basis. This translates to 125,600 people each week.

“We are so grateful for the partnership with Missouri Farmers Care and their member organizations,” says Scott Baker, executive director of Feeding Missouri. “These groups represent the finest producers in the world and key players in the fight against hunger.”

This year marks the fourth year for the MFC food drive. For more information about Missouri agriculture, visit www.MoFarmersCare.com.

Photo Caption: Bings Grocery Stores of Sedalia donated over 8,000 cans to help design the 7-foot tall Canstruction© featured in the Agriculture Building during the Missouri State Fair. All cans were donated as part of the effort to fight hunger in Missouri.