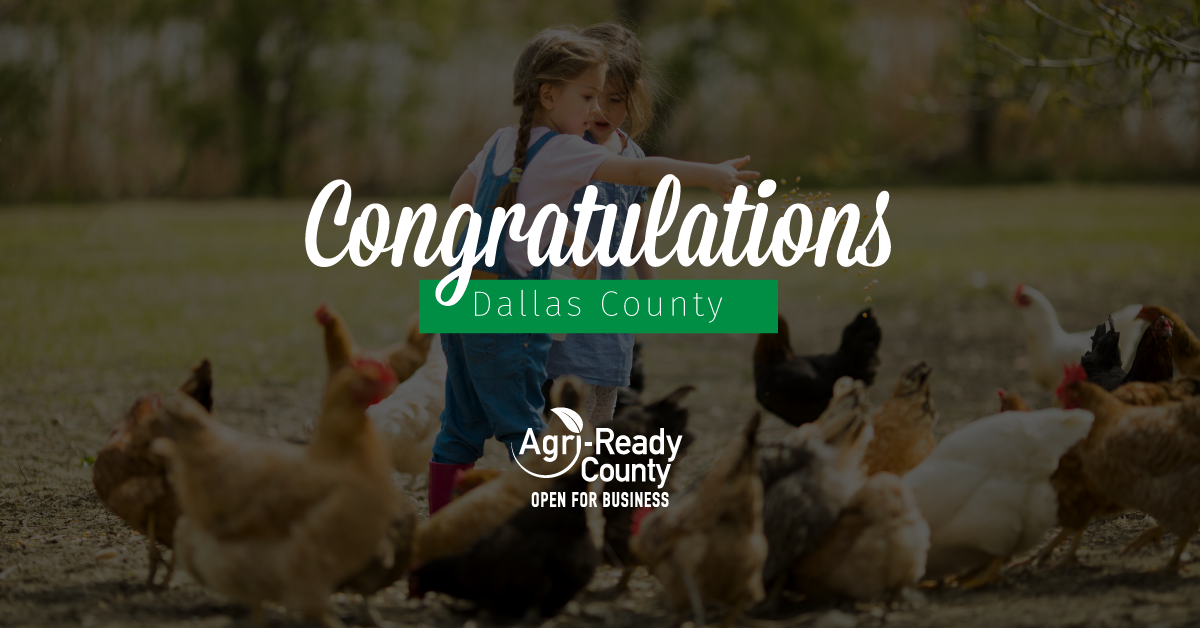 (JEFFERSON CITY, MO.) – Building on opportunities to strengthen its agricultural economy, Dallas County has applied for and received Agri-Ready County Designation by Missouri Farmers Care (MFC). This designation recognizes counties willing to partner in actively supporting Missouri agriculture and enhancing the agriculture industry at its roots.

“Missouri farmers contribute more than just growing our food, family farms and agribusinesses form the foundation of the economy in Missouri communities,” said Ashley McCarty, executive director of MFC. “The collaboration with county leaders, farmers and ranchers and Missouri Farmers Care will position counties to capitalize on agricultural opportunities. Dallas County possesses unique strengths and assets that can be promoted through the Agri-Ready County program.”

Dallas County farmers and ranchers produced more than $47 million market value of agriculture products from 1,188 farms in 2012, according to the United States Department of Agriculture’s (USDA) most recent agricultural census. With 88 percent of the value from livestock sales, the county has strength in milk, turkeys, broilers and cattle and has distinction as a top ten producer of chukars in the United States.

MFC’s Agri-Ready County designation was launched in 2015 as a voluntary connection between Missouri counties and MFC – a joint effort by the agriculture community to stand together for the men and women who provide the food and jobs on which we depend. According to the USDA, Missouri agriculture added $5.2 billion in net value to the state’s economy in 2014. This AgriReady designation recognizes and builds on the impact of family farmers and agri-businesses as key contributors to our economy.

“Agriculture is a very big part of our county, it is number one as far as we are concerned,” stated Kevin Sharpe the Dallas County Presiding Commissioner. “We are tickled to death to do anything we can to help continue the growth of Missouri agriculture.”

Through the Agri-Ready County Designation, MFC will work with county leaders, farmers and agribusinesses to advance local agricultural enterprises and enhance workforce readiness for agricultural careers. The collaboration will include promotion of the Missouri Department of Agriculture’s Agricultural Stewardship Assurance Program recognizing stewardship at the farm level. To advance agriculture literacy at elementary ages, MFC will seek local 4-H and FFA leaders to implement the Agriculture Education on the Move program in Dallas County third grade classrooms.