Home / In the News / Missouri agriculture raises more than $145,000 for childhood hunger 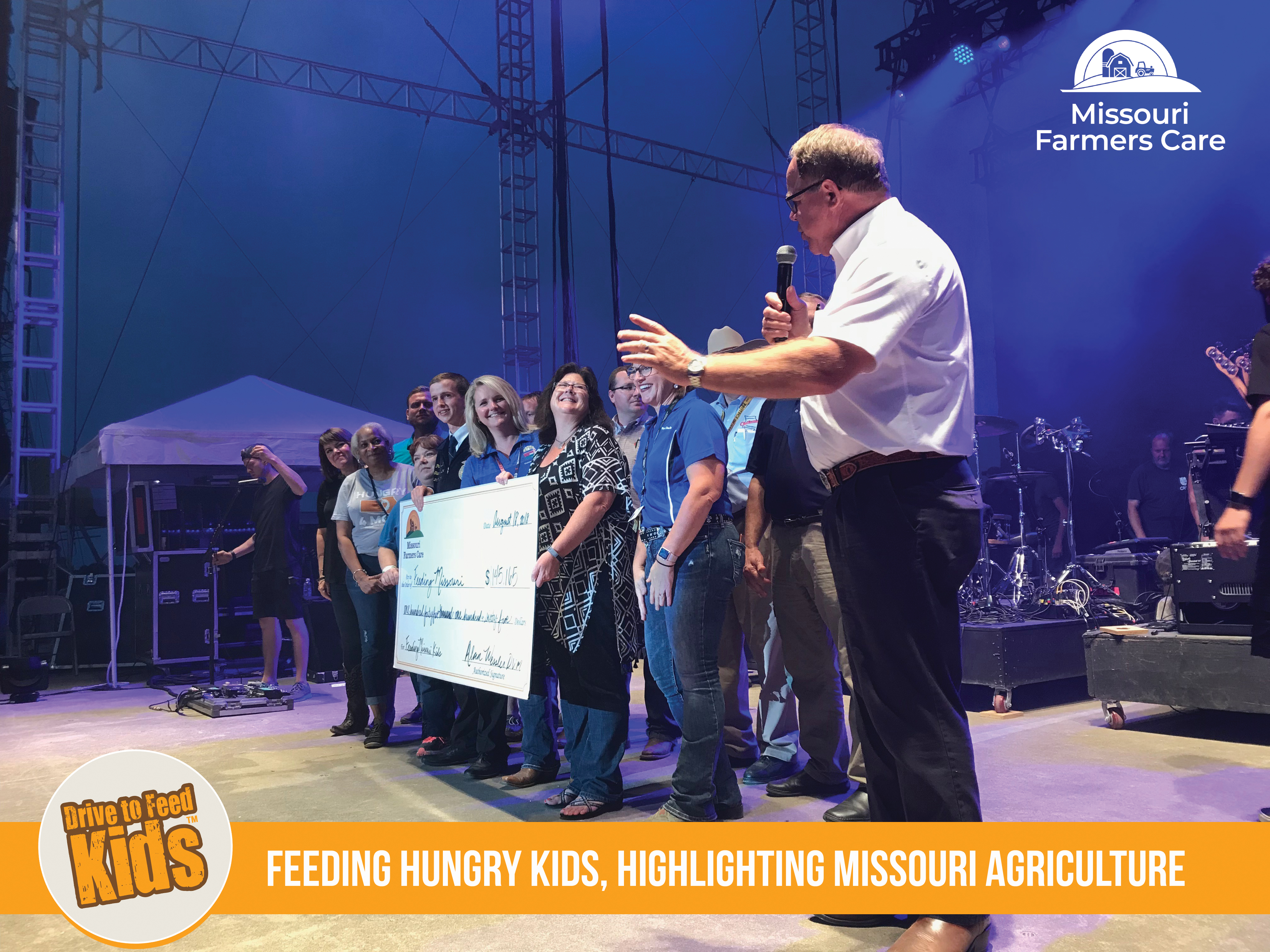 JEFFERSON CITY, MO – Food insecurity affects one in five Missouri children. According to Feeding Missouri, this number increases to one in three kids in rural parts of the state. Missouri agriculture made it a mission this summer to combat these statistics through the Missouri Farmers Care (MFC) Drive to Feed Kids campaign. This collaborative partnership raised resources to supply nearly 1.8 million meals for hungry children across the state.

On Tuesday, Aug. 14, MFC partnered with the Missouri FFA Association for the second annual Missouri FFA Food Insecurity Service Day held at the Missouri State Fair. More than 650 FFA members and agricultural leaders spent the day packing 100,800 meals to feed families of up to six people. The meals were distributed to Missouri’s regional food banks across the state.

“FFA Food Insecurity Day served as a chance for Missouri FFA members to experience service in action,” said Paxton Dahmer, Missouri FFA Association President. “It was wonderful to see so many members excited about helping those in need. They left energized and ready to take their own service to the next level, truly living out the fourth line of our FFA Motto – “Living to Serve.””

Governor Mike Parsons and First Lady, Teresa Parsons, along with Missouri’s elected officials and agricultural leaders joined the cause on Thursday, Aug. 16, at the Missouri State Fair. Together they packed nearly 2,000 backpack meals which will provide weekend meals for students in Pettis, Benton and Cooper counties for the first month of school.

The Drive to Feed Kids campaign culminated Aug. 18 with a check presentation of $145,165 to Feeding Missouri, the association of Missouri’s six regional food banks, for childhood food insecurity programs.

“It is unacceptable that so many children in rural Missouri and throughout the heartland of our country do not know when or if they’ll have supper tonight,” said Cyndi Young, Director of Brownfield Ag News. “Brownfield partners with Missouri Farmers Care in Drive to Feed Kids because it is the right thing to do.”

Fairgoers participated in the Missouri Farmers Care Food Drive Day at the Missouri State Fair by bringing non-perishable food donations. There was also a Can Creation Contest where teams used canned food items donated by Woods Supermarket. Through these activities, a total of 18,932 pounds of non-perishable food was donated to local pantries. In addition, Missouri FFA donated pounds of fresh produce from FFA student projects on display at the fair.

“The collective effort of Missouri’s agriculture community is significant. As people become more aware of the hunger problem in Missouri, they’re stepping up to do something about it and our farmers are leading the way,” said Scott Baker, State Director, Feeding Missouri. “The impact from this partnership will be felt by many of our neighbors in need throughout this new school year.”

###
MISSOURI FARMERS CARE
Missouri Farmers Care is a joint effort by Missouri’s agriculture community to stand together for the men and women who provide the food and jobs on which our communities depend. The coalition of more than 45 leading Missouri agricultural groups promotes the growth of Missouri agriculture and rural communities through coordinated communication, education and advocacy. www.MOFarmersCare.com