Home / In the News / Fueling Tradition- The Stone Family

Bobby Stone spends his time farming in Audrain County near Laddonia, Missouri. It was natural for him to follow in the footsteps of his grandad who began the operation in 1950. Today, he works alongside his father who has continued the professional tradition. Bobby now guides the farming business across 1,900 acres which produce mainly corn and soybeans. He has experience in growing and selling certified seed (seed grown for farmers to plant the next year) and helps farmers obtain their seed inputs as a seed salesman. To diversify his operation, Bobby invests his time to grow and raise finished beef calves which are born on his farm from his herd of cows.

Something special sets each farm family apart and makes them unique. For the Stone family, that something is Oliver tractors.

“When my dad was growing up my Grandad always farmed with Olivers because he liked them,” Bobby recalled. “When (Grandad) retired he bought an Oliver 60 and restored it, and that kind of planted the bug.”

Today, 19 various models of Oliver tractors originally built from 1930 to 1973 find preservation, rest, and some even still get a good day’s work on the Stone farm. Bobby enjoys time spent watching and listening to these “old” machines work hard because that’s what they were designed to do. The Stone family Olivers are a great connection to past times on the Stone family farm today.

A conversation with Bobby about agriculture reiterates a common theme: “time is money.” As he talks about his daily operations, experiences, and thoughts about the future, it becomes obvious that Bobby believes that time is his most important currency in the agriculture industry.

“My time is valued differently than that of the previous generation,” he states.

Bobby believes that the technologies available to farmers today require upfront time investment. He is looking ahead to implement more no-till practices for sustainability. No-till protects his natural resources and helps control his inputs such as fuel while also saving his time. No-till is made possible by the continual improvement of agricultural technology. Bobby wants to communicate to consumers that advancements such as GMOs are technologies which help farmers be more sustainable, more efficient, and to protect valuable resources. Bobby’s operation is fueled by tradition with an eye to progress and continual improvement.

When Bobby’s workday is done on the farm, he loans his time to being president of Audrain County’s University of Missouri Extension Council and has served on the Parrish Council.  He and his wife, Nicole, are raising three feisty rural Missourians- the fourth-generation of Oliver-loving Audrain County farmers. 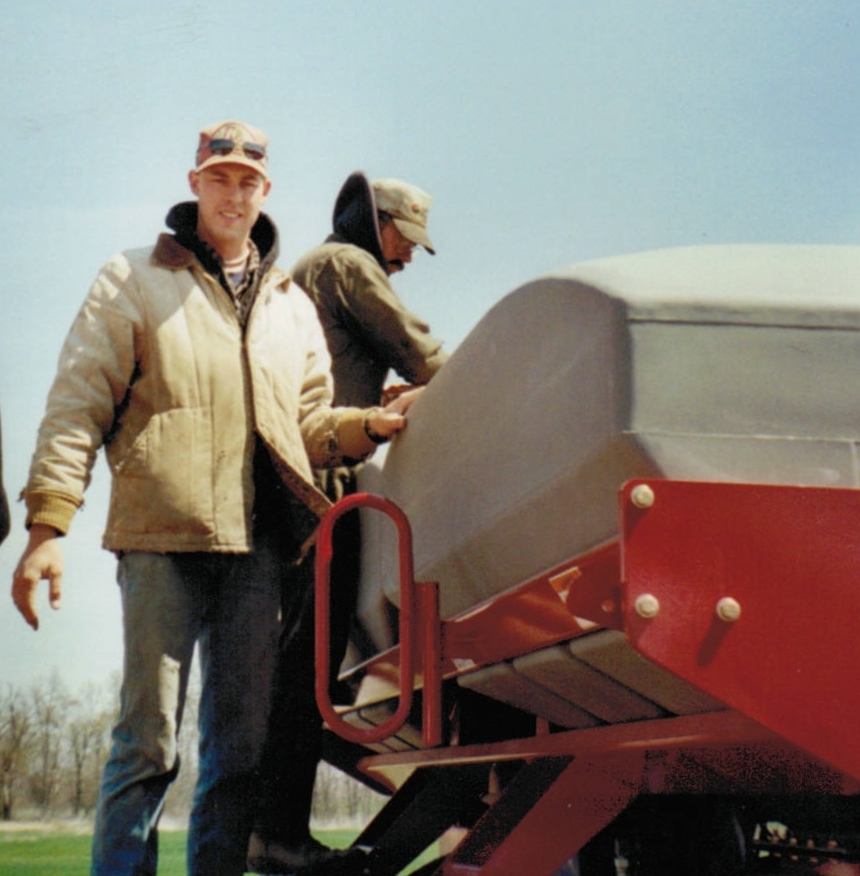