Home / In the News / Fueling the Value of Experience — Bradley Chisum 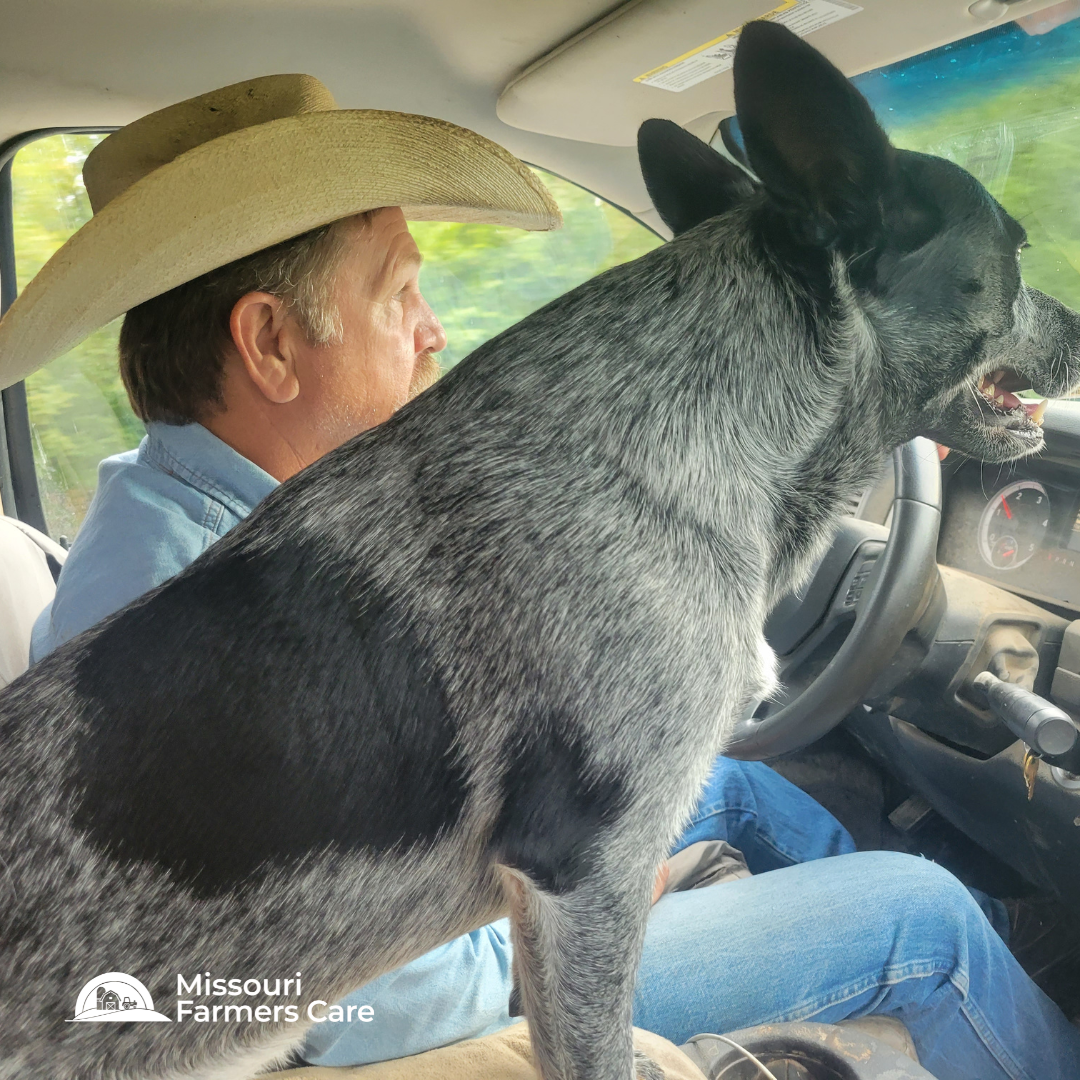 The Value of Experience in a Story About Beef

Some of the best professional knowledge and wisdom about the beef industry can be heard from the front seat of pickup trucks. This insight can be soaked up from farmers and ranchers driving farm-to-market roads to feed and count cattle while checking fences and water in nearly every county across Missouri. In #AgriReady Webster County near Niangua, cattleman Brad Chisum is a source of that knowledge. Brad and his devoted blue heeler assistant, Rooster, care for a large herd of cows across many acres in two counties in southwest Missouri.

A ride-along with Brad during morning cattle chores gives him opportunities to share his experiences in the beef industry; experiences which have developed a deep and wide knowledge of the industry. Brad, a native of Southwest Missouri, was born near the land he now owns. When he was about ten years old, Brad moved to Idaho where his father worked as a crop duster across several states, and Brad learned about chemical formulations and flying. Brad and his dad returned to Missouri in 2000, and Brad began to build his own beef operation to support his family. 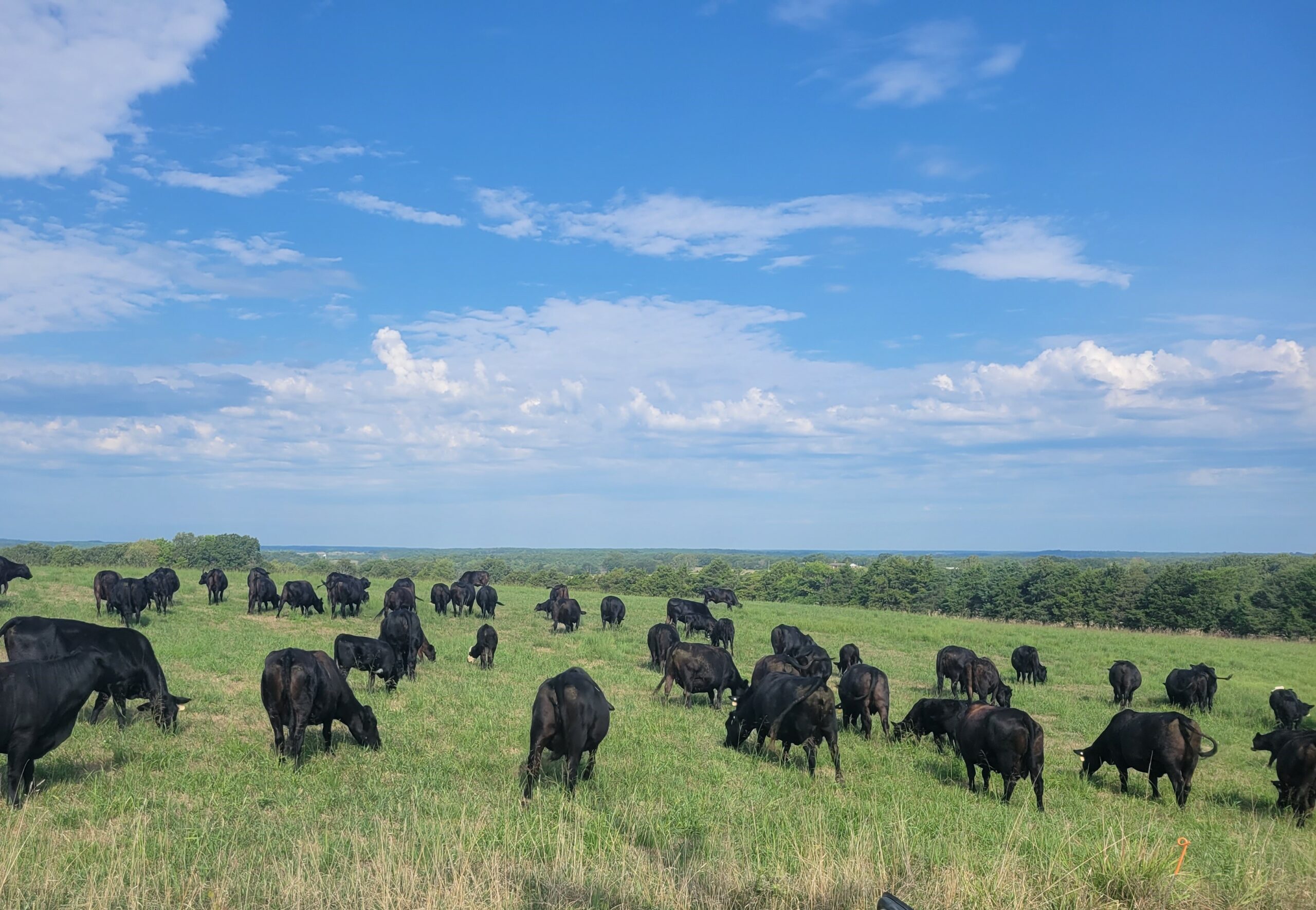 Brad strongly believes some of the best cattle are raised here in the Show-Me state.

“[Cattlemen] can’t go anywhere in our country and raise the amount or quality of cattle that we can right here where we’re living,” Brad said.

His varied roles in the industry have been #FuelingtheValueofExperience. As a youth, Brad worked for western ranchers with huge beef herds on extensive land leases. The forages of the West are much higher in protein, but each cow needs a larger amount of land to sustain her because each tuft of high protein forage may be hundreds of yards apart. Brad described that western ranchers utilize land lease agreements from government agencies to have enough acres to support their cattle.

“The rules and guidelines of the leases are not always written with timelines that are helpful to ranchers and cattle to best use the land during the western seasons,” Brad said.

From those early experiences, Brad sees the advantages of growing beef in the Southwest Missouri Ozarks – from the typical adequate rainfall to grow a variety of forages to the lands that can be privately owned and managed.

When it comes to breeds, Brad’s choice is Brangus cattle. He prefers the breed for their longevity and tolerance of heat, and he appreciates their dispositions for his management plan. Brad’s spring calving starts later than most other Missouri cattlemen which helps him avoid some early spring challenges. Since Brad retains ownership of his calves when they move to feeding and finishing lots in Kansas, he is not in a rush to get his calf crop to local sale barns. With a focus on animal care, Brad works hard to minimize stress when he weans his calves by teaching them how to come to the feed bunk. The experience helps the calves transition to the feedlot and grow at their best. Meanwhile, he keeps the best heifer calves to become replacement cows in his herd and to sell to other cattlemen.

“Farmers and ranchers are learning to share their stories, but it is important to remember those conversations should go both ways,” said Emma Alexander, fellow member of the Farm Bureau Board. “Experienced cattlemen like Brad have so much to share with younger farmers and consumers. As consumers, we should be willing to ask the questions. Experienced agriculturists are glad to share when we ask.”

Off the farm, Brad and his wife, Marci, enjoy supporting their two daughters who have been involved in collegiate sports.