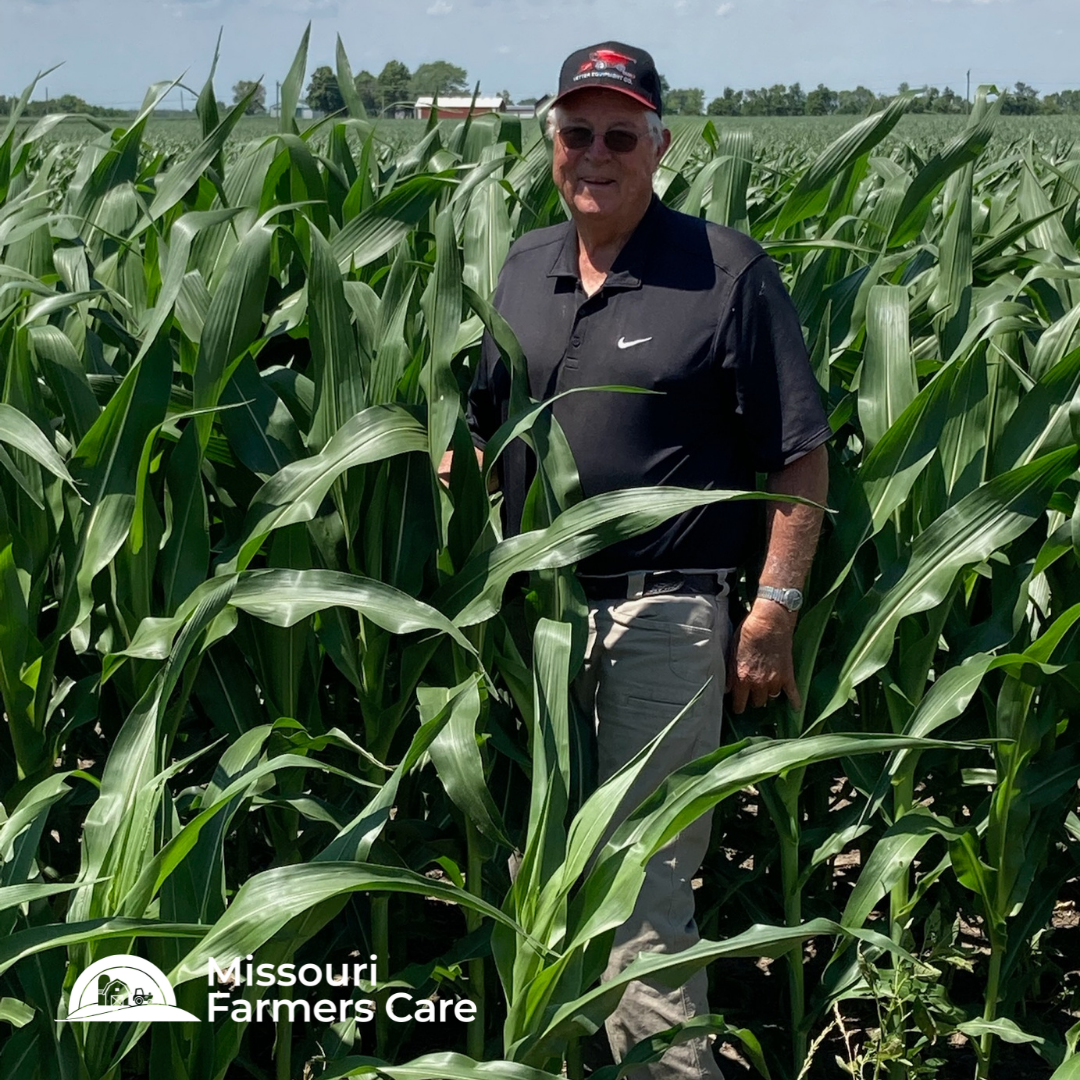 Gene Millard on the family farm.

From Farm to Spotlight…and back again

55 years. Gene Millard spent 55 years behind a microphone, using his voice to advocate for and communicate with farmers, ranchers and agriculturalists across the Midwest. When 2020 came, Gene decided it was time to leave his half-century career as a farm broadcaster and focus on the farm that raised him.

Born in Osborne, Missouri, Gene is a third-generation farmer in Agri-Ready Designated Buchanan County. After receiving his bachelor's degree in agriculture from Colorado State University in the ‘60s, he came home, ready to begin his career in agriculture. But doing what? Jobs with Farm Credit or businesses of the sort were unavailable. Stepping out of his comfort zone, Gene applied for a position as an assistant farm broadcaster at KFEQ in St. Joseph — and got the job. He says they must have been desperate, but little did he know this was only the beginning of his calling.

When Gene started, KFEQ managed both radio and television stations and his duties included radio and television agriculture and market reports until KFEQ made the split to strictly radio. Life behind the mic brought great opportunity. Gene said KFEQ, and St, Joseph as a whole, became a powerful hub for agricultural leadership and communications, which in turn served as a gateway to helping lead marketing efforts for the industry.

“Our stations became a communications hub for the agriculture industry, all across the United States,” Gene said. “We were really privileged to be engaged with developing marketing aspects for that group. With all of the agri-marketing companies in the country, whether it be in agronomics or in livestock, it was a great experience.”

Gene went on to wear many hats during his professional life. You may recognize him as the 20-year host of Agri-Shop, in which he was able to visit with agriculture producers on 11 stations across Missouri, Kansas, Nebraska and eastern Colorado. He was hired as the general manager for KFEQ in 1976 where he led the station to its reputation as the most respected farm station in the region at the time. He was chairman of the National Association of Farm Broadcasting’s Sales Marketing Board, and he served on the board of directors of the National Association of Broadcasters, a position that allowed him to represent Missouri and Kansas in Washington D.C. 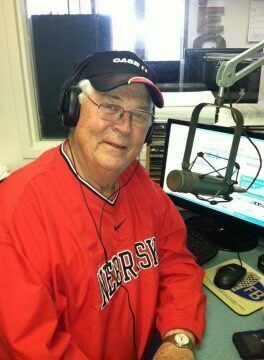 Gene on the air behind the microphone.

Gene said the best part of his job in broadcasting was working with phenomenal people.

“I hired several farm broadcasters in my role as manager of the operations, and I was so blessed to have been able to attract and retain excellent people - Gene Williams, Gary Wergin, Bryce Anderson and Tom Brand - to name a few,” Gene noted. “I have had the chance to work with great people in various capacities.”

A lot of people overlook the importance of communications in this industry. But to Gene, it is vital to the decisions farmers and ranchers make.

“Communication is key, and right now, there's so many dynamics at work,” Gene said. “How does the producer out here make a decision? I knew what, as a producer, I needed to know in order to make decisions. Right now, we've got so many outside factors that we have no control over, but we need an understanding of what's going on because we’re making big investments.

He continues, “Farm broadcasters and journalists are a medium who provide a qualified source of information that is not prejudiced, just good, solid information. They work to present information in a way that is understandable, honest, and not just an opinion. You must give facts which are believable, timely and credible.”

Though his broadcasting career kept him busy, Gene said getting home was also a priority.

“Thing was, though, I just couldn't get off the farm,” Gene chuckled. “And so, as additional 80-acre tracts came up for sale, I was able to buy them and add to the farmstead. That was the beginning of getting addicted to adding to our farmstead.”

Gene was able to help on the family farm whenever he was able find time away from the studio. However, 1994 brought the passing of his dad, and the responsibility was left to Gene. Thankfully, his youngest son felt the calling for the family farm, and together they started Millard Family Farms Inc.

“We had a farmstead that was comprehensive, that would serve as our base of operation, and we had rented some additional land,” Gene said. “When our son came back here full time, that kind of solidified the operation. And it's really been a joy to have not just an estate plan, but a transition plan for our family farm.”

Though Gene has stepped away from the on-air life, his life is anything but quiet. He makes the 22 ½ mile drive from the east side of St. Joseph to the family farm where he spends his day doing whatever needs to be done — especially tractor driving. He also serves as the chairman of the board of directors for Golden Triangle Energy LLC. Gene’s career in agriculture may look different than some, but one thing remains the same: he is dedicated to the industry. Gene said he hopes his career, communication and engagement played even a small part in helping producers.

“I am totally committed to the sustainability of all production agriculture in northwest Missouri, northeast Kansas and this area, and how we do that is through information, through market development, or through sustaining our economic base,” Gene said. “I hopefully have had some little role to play in making lives better for a lot of producers. And I would hope that my roots and belief in supporting the producer has been of some value.” 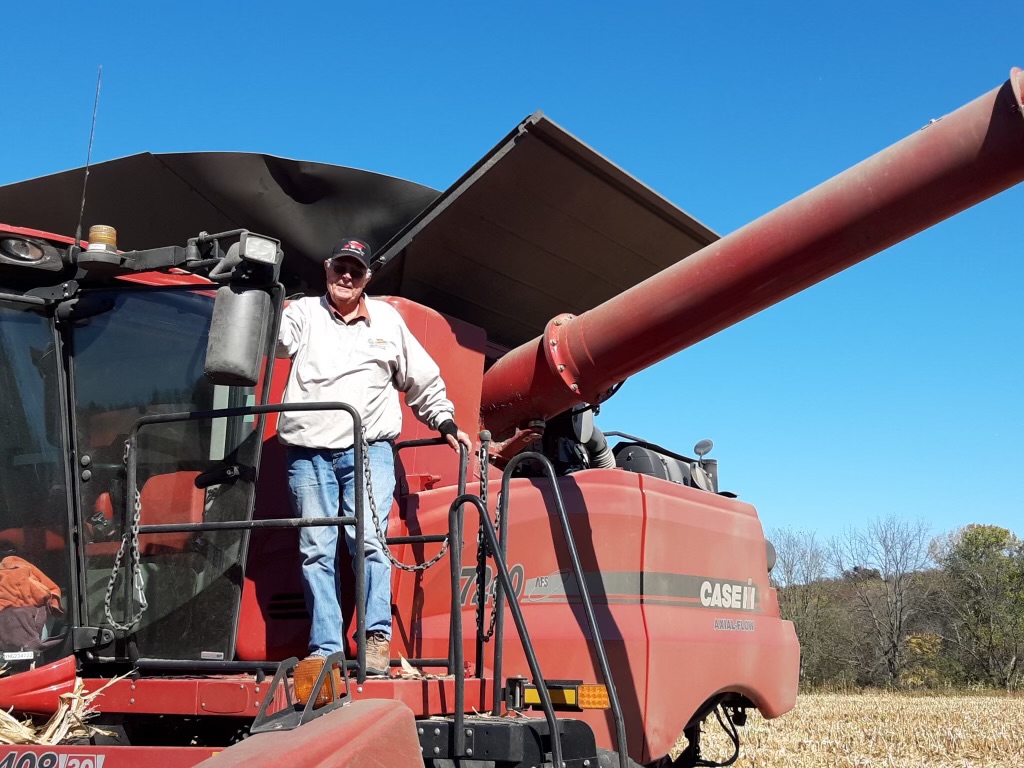 Behind the scenes of Millard Family Farms Inc.