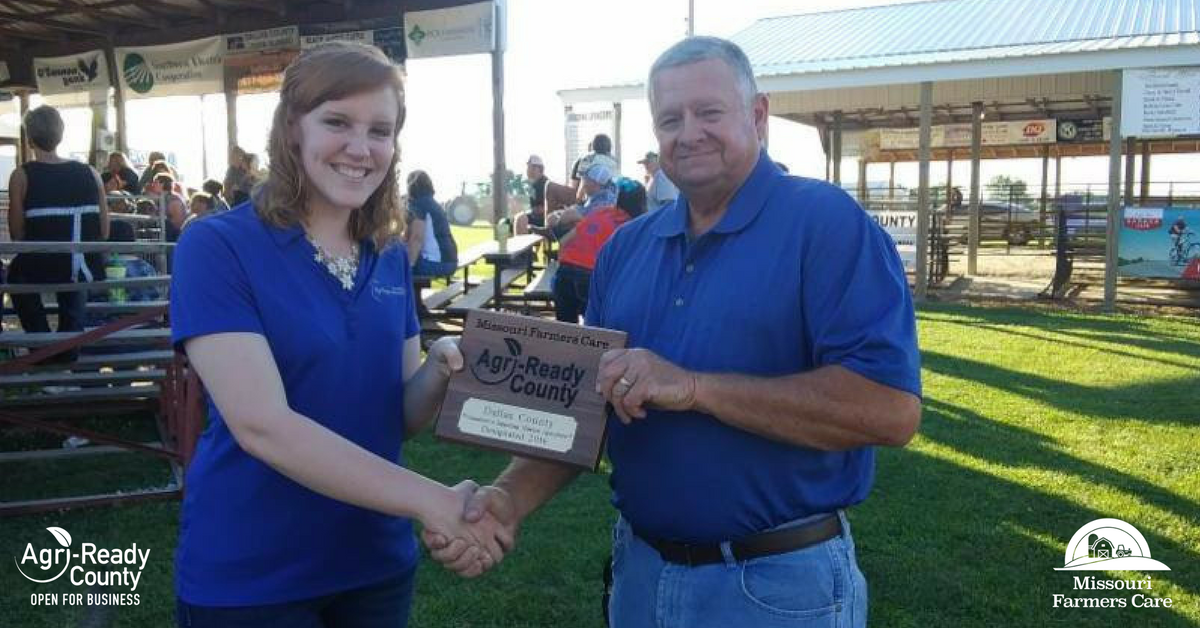 Dallas County celebrated their Agri-Ready Designation on Thursday, June 22, 2017, at the Dallas County Youth Livestock Show. Building on opportunities to strengthen its agricultural economy, Dallas County applied for and received Agri-Ready County Designation by Missouri Farmers Care (MFC) shortly after the program premiered in Dec. 2015. This designation recognizes counties willing to partner in actively supporting Missouri agriculture and enhancing the agriculture industry at its roots.

“You can look around here and see what agriculture means to this county,” Dallas County Presiding Commissioner Kevin Sharpe said at the Dallas County Youth Livestock Auction on June 22. “We do it right. The Agri-Ready County Designation is something we’re proud of and we hope to use it to do some good.”

Dallas County farmers and ranchers produced more than $47 million market value of agriculture products from 1,188 farms in 2012, according to the United States Department of Agriculture’s (USDA) most recent agricultural census. With 88 percent of the value from livestock sales, the county has strength in milk, turkeys, broilers, and cattle and has the distinction as a top ten producer of chukars in the United States. More than 60 percent of land in the county is used for agriculture.

“My kids learn almost as much or more than the third graders did,” MaryAnn Boro, Buffalo FFA Advisor, said. “They had to do the research ahead of time, they had to find the facts. It kind of put them on the other side of things…I think that they have more of an ownership for agriculture now than what they had before. It helps both parties to take an ownership in their education and in agriculture.”

“Dallas County was a pioneer for Agri-Ready Designation in south central Missouri,” Elizabeth Wyss, Outreach Coordinator with MFC said. “They were the third county in the state to be designated, and during the year since their designation we have seen massive growth in their Agricultural Education on the Move™ Program, and we hope to see the same growth in the Agricultural Stewardship Assurance Program in the next year.”

MFC’s Agri-Ready County designation was launched in 2015 as a voluntary connection between Missouri counties and MFC – a joint effort by the agriculture community to stand together for the men and women who provide the food and jobs on which we depend. According to the USDA, Missouri agriculture added $5.2 billion in net value to the state’s economy in 2014. This AgriReady designation recognizes and builds on the impact of family farmers and agri-businesses as key contributors to our economy. 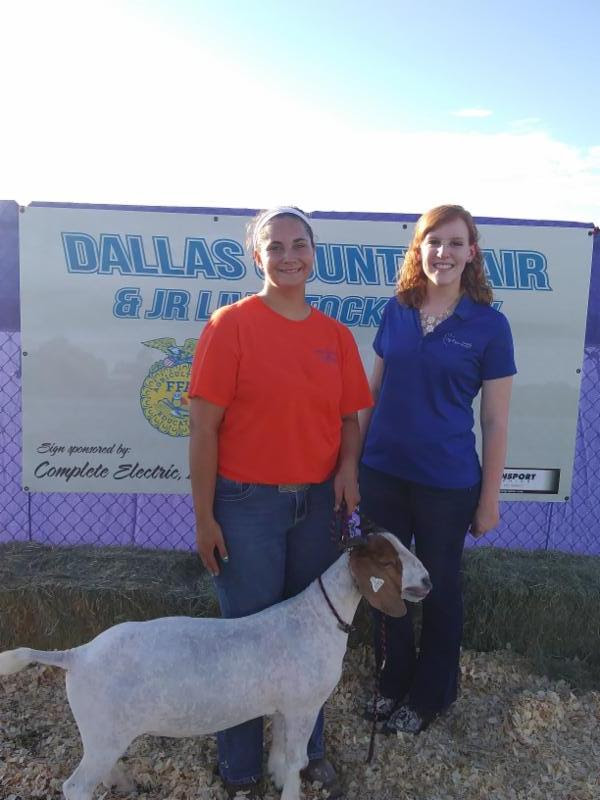