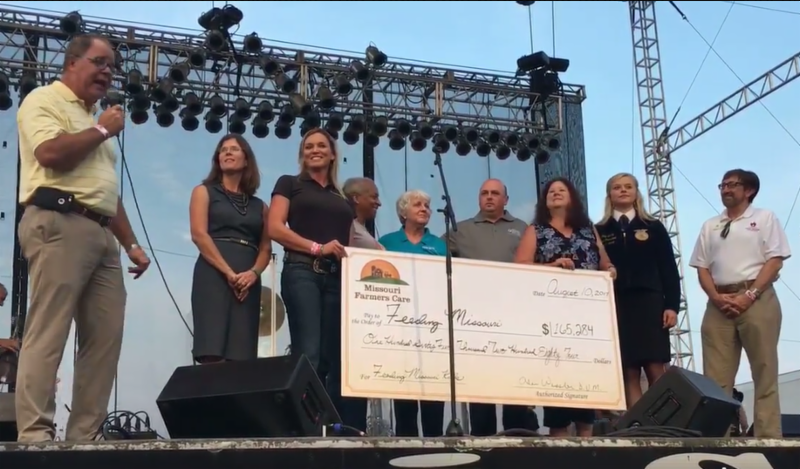 One in five Missouri children lives in homes where food is scarce. According to Feeding Missouri, that number can be as high as one in three in rural areas. Missouri’s rate of childhood food insecurity is among the highest in the nation. Over the summer, the state’s agricultural industry worked to change this ranking through the Missouri Farmers Care (MFC) Drive to Feed Kids. This collaborative partnership raised resources to feed over 1.8 million hungry children across the state.

“Kids coming to school hungry or not knowing if there will be food to eat at home over the weekend is a harsh reality,” said Dr. Alan Wessler, MFC chairman. “Food insecurity in Missouri exists. It is a silent problem happening in our own communities and hometowns. All of the funds raised, 100 percent, will go to the backpack programs for Missouri kids. We salute all those who donated to this great cause with specials thanks to Monsanto and Brownfield Ag News whose early sponsorships made this effort come alive.”

A check for $165,284 was presented to Feeding Missouri, the association of Missouri’s six regional food banks, for childhood food insecurity programs, Aug. 10 at the Missouri State Fair in Sedalia. Following the check presentation, MFC teamed up with the Missouri FFA Association for the first Missouri FFA Food Insecurity Service Day held on the fairgrounds Aug. 15. More than 350 FFA students and volunteers spent the day packing 52,032 meals to feed families of up to six people.

“Missouri FFA was proud to be a part of this effort to bring awareness to food insecurity in our state,” said Keith Dietzschold, Missouri FFA executive secretary. “This type of activity brings to life the FFA motto of ‘Living to Serve’ while working to complete our FFA vision of ‘Growing Leaders, Building Communities, and Strengthening Agriculture.'”

Fairgoers participated in the Missouri Farmers Care Food Drive Day at the Missouri State Fair by bringing non-perishable food donations. There was also a Can Creation Contest where FFA teams used canned food items donated by Woods Supermarket. Through these activities, a total of 8,950 pounds of non-perishable food was donated to local pantries. In addition, Missouri FFA donated 900 pounds of fresh produce from FFA student projects on display at the fair. 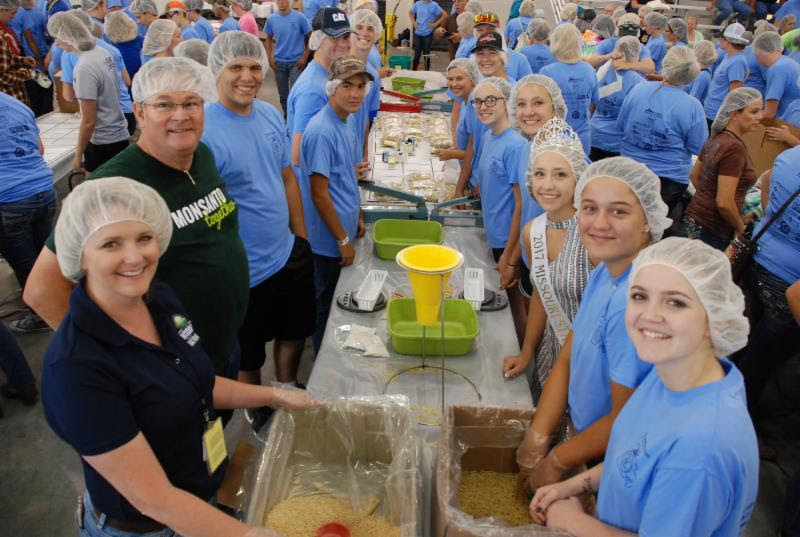 “Seeing Missouri’s agriculture groups walk the walk during the Drive to Feed Kids is so heartening and inspiring,” said Scott Baker, state director for Feeding Missouri. “It has gone a long way to making this one of the most hopeful years in Feeding Missouri’s history. We are grateful to all who donated.”