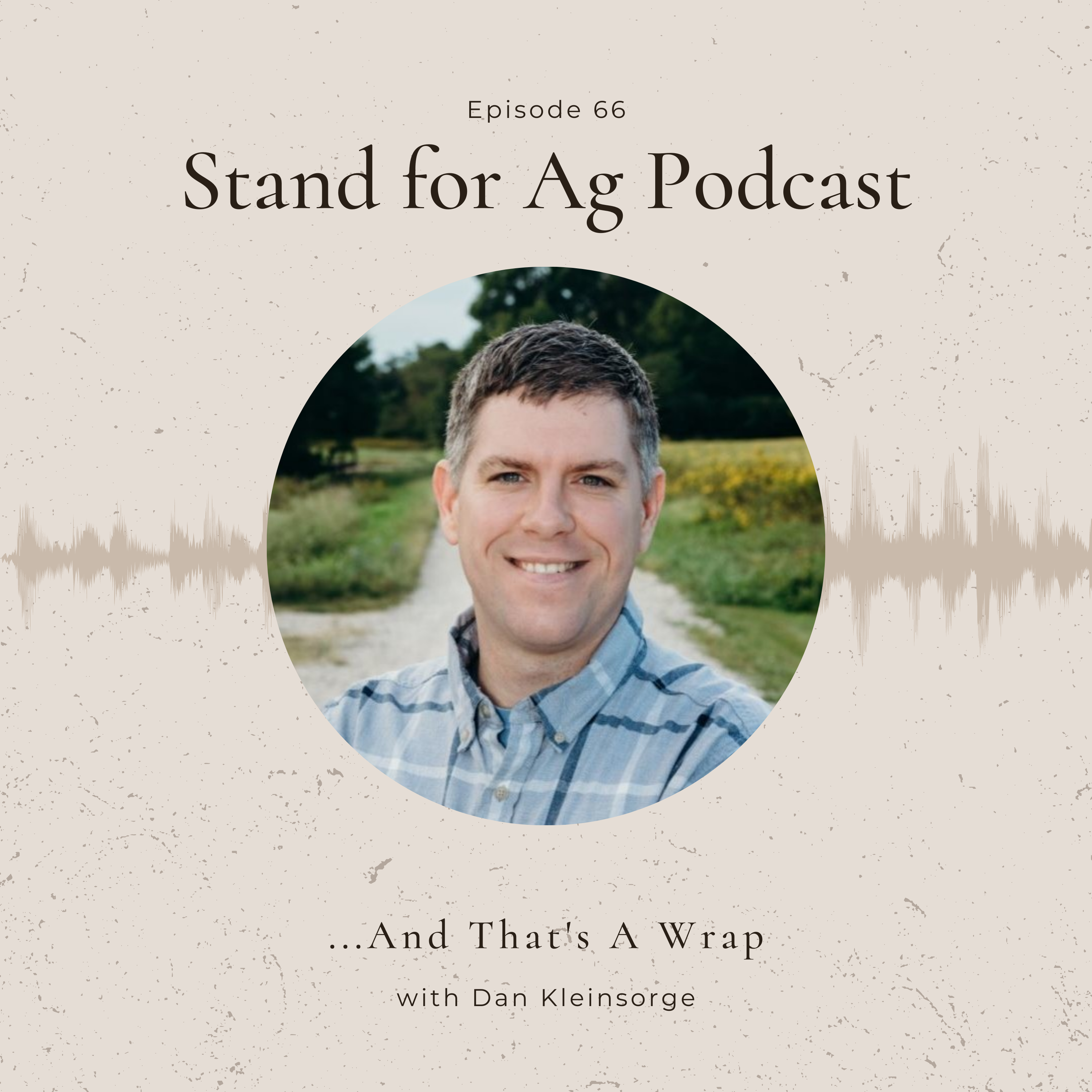 Tune into the season 4 finale of Stand for Ag as Ashley and guest, Dan Kleinsorge, give us a brief review of the 2022 state legislative session.

Dan Kleinsorge grew up on a farm in Montgomery County working with hogs, dogs, and row crops while growing up.

Dan has worked on campaigns, in state government, and for nonprofits for 15 years. From late 2011 through 2014, Dan was the Executive Director of Missouri Farmers Care during the organization's first years. There Dan helped ag allies in North Dakota defeat an animal-rights sponsored ballot initiative in 2012 and worked on the passage of Missouri's Right to Farm amendment during 2013 and 2014.

In 2015, Dan went to work for incoming State Senator Dave Schatz, who would later become President Pro Tem of the state senate. For Senator Schatz, Dan worked on a wide variety of legislation including a bill that exempted federal agricultural disaster payments from state income taxes and multiple bills to increase road and highway funding, including the bridge bonding package that is currently funding the replacement of many out of date bridges across the state.

In January 2021, Dan went to work for the Missouri Limestone Producers Association as its Executive Director.