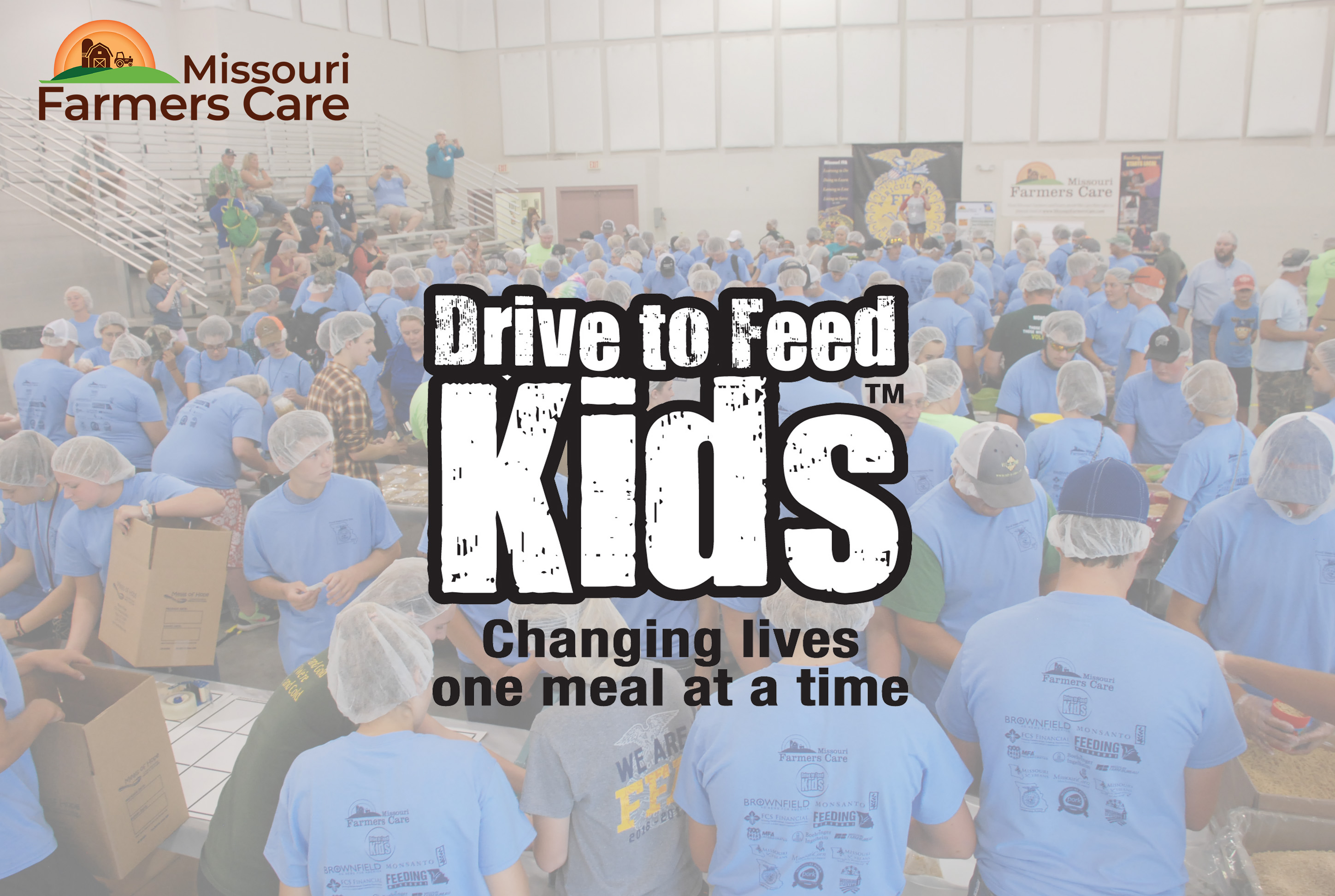 JEFFERSON CITY, MO. – The 2018 Drive to Feed Kids officially kicks off today. The goal for this collaboration is to raise funds to provide food for hungry Missouri children, pack 100,000 nutritious, kid-friendly meals at the Missouri State Fair and to stand in the gap for the Missouri children who face food insecurity.

According to the latest data from Feeding America’s “Map the Meal Gap”, there are more than 240,000 children in Missouri who don’t know where their next meal will come from. Missouri counties with the highest rates of food insecurity are disproportionately rural, where one out of every three children faces food insecurity.

“We have seen hunger and food insecurity increase in rural areas over the past decade,”said Alan Wessler, D.V.M., MFC chairman. “Some things are out of our control. We can‘t control the economy. We can‘t create rapid recoveries for rural communities who have suffered economic setbacks. However, we can join together as an agricultural community to do what agriculture does best-feed people. That‘s why Missouri Farmers Care, with its more than 45 member organizations, is leading the way with Drive to Feed Kids.

Events of the 2018 Drive to Feed Kids will take place on Tuesday, Aug. 14, at the Missouri State Fair in Sedalia, in conjunction with the Missouri FFA’s Food Insecurity Day when hundreds of FFA members from across Missouri will work side by side to package 100,000 meals. The Drive will culminate on Saturday, Aug. 18, with a check presentation to Feeding Missouri during the Cole Swindell/Raelynn concert at the Fair.

Missouri Farmers Care encourages companies and individuals to participate in the Drive to Feed Kids by becoming a sponsor. If you would like to partner with MFC to benefit the Drive to Feed Kids, contact Ashley McCarty, MFC executive director, at ashley@mofarmerscare.com. Individual donations can be directed to www.mofarmerscare.com/drive. All proceeds will be dedicated to Feeding Missouri network food banks who work daily to alleviate against childhood hunger.

To learn more about Drive to Feed Kids, visit www.mofarmerscare.com/drive.

MISSOURI FARMERS CARE
Missouri Farmers Care is a joint effort by Missouri’s agriculture community to stand together for the men and women who provide the food and jobs on which our communities depend. The coalition of over 45 leading Missouri agricultural groups promotes the growth of Missouri agriculture and rural communities through coordinated communication, education and advocacy. The Drive to Feed Kids is managed by the Missouri Farmers Care Foundation, a 501(c)3 tax-exempt public charity. Learn more at www.MOFarmersCare.com.