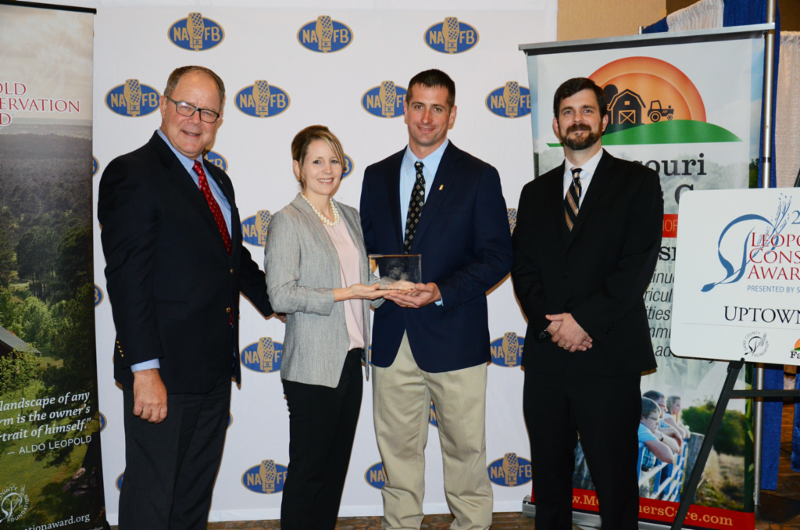 Matt and Kate Lambert of Uptown Farms, winners of the 2017 Missouri Leopold Conservation Award, are building on generations of stewardship and innovation – adopting practices to enhance their care of the land, while improving productivity and telling their story to consumers.  Aldo Leopold, for whom the award is named, is quoted as saying “The landscape of any farm is the owner’s portrait of himself.” Matt and Kate are creating a masterpiece.

Uptown Farms consists of row crop and hay production, as well as a herd of Red Angus cattle and small flock of Hampshire and Dorper sheep. The Lamberts operate a no-till farm, and utilize cover crops to help avoid soil erosion and run-off.

“It’s a sincere honor to receive the first Missouri Leopold Conservation Award,” said Matt Lambert. “The program is important for Missouri agriculture. We have abundant natural resources in this state, and we must take care of them. Missouri farmers play a key role in conserving our land and water, but there is always room for improvement. This award will hopefully encourage others to continue to look for ways to do more.”

Given in honor of renowned conservationist Aldo Leopold, the Leopold Conservation Award recognizes extraordinary achievement in voluntary conservation. It inspires other landowners through these examples and provides a visible forum where farmers, ranchers, and other private landowners are recognized as conservation leaders.

“I am so proud of what our family does as farmers and conservationists,” said Kate Lambert. “But it’s not just us; so many Missouri farm families are doing the right things – the right way every single day. The Leopold Award showcases modern Missouri agriculture for everything that it truly is – sustainable, responsible, effective.”

The 2017 Leopold Conservation Award was announced at the National Association of Farm Broadcasters in Kansas City Nov. 8, 2017 and will be officially presented Jan. 6, 2018 at the 50th Missouri Cattle Industry Convention and Tradeshow in Columbia. The Lamberts receive $10,000 and a crystal award depicting Aldo Leopold.

“Matt and Kate Lambert reflect the principals of Missouri agriculture – responsible land management, involvement in their community, and a long-term view of their farm business,” said Dr. Alan Wessler, chairman of Missouri Farmers Care. “This year’s entire class of award applicants exhibited exemplary production practices and stewardship. We are proud to work with farmers, ranchers and the partner organizations who made this award possible.” 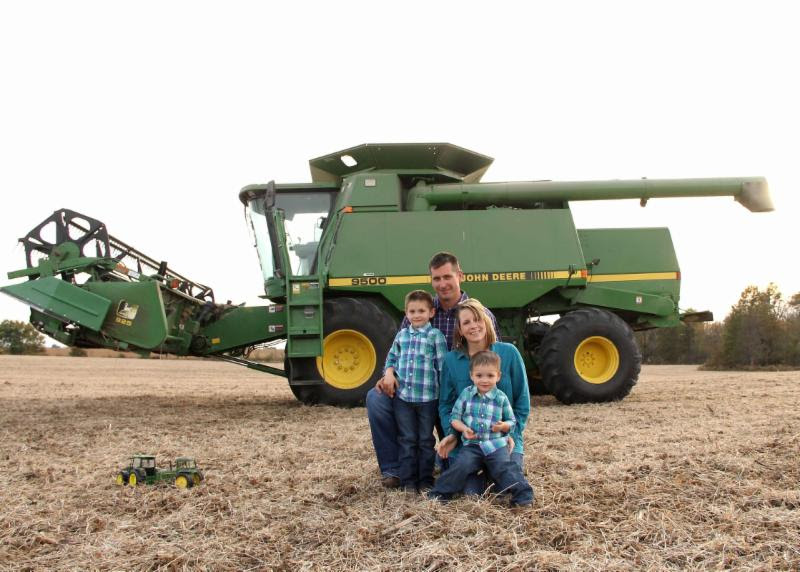 ABOUT MISSOURI FARMERS CARE
Missouri Farmers Care is a joint effort by Missouri’s agriculture community to stand together for the men and women who provide the food and jobs on which our communities depend. The coalition of over 45 leading Missouri agricultural groups promotes the growth of Missouri agriculture and rural communities through coordinated communication, education and advocacy. Learn more at www.MOFarmersCare.com.